There is just time to get one quick post in before we roll into 2017. I wonder what kind of gardening year it will be? Hot, cold, wet, dry? I little or a lot of each I imagine and sometimes when unexpected. Rather like the freeze we had while I was away 2 weeks ago. A low in the 20s brought quite a lot of destruction to the garden. Then, mother nature threw in a few 80º days just for good measure. Fortunately most of the potted plants were safe in the greenhouse, potting shed, garage or house. 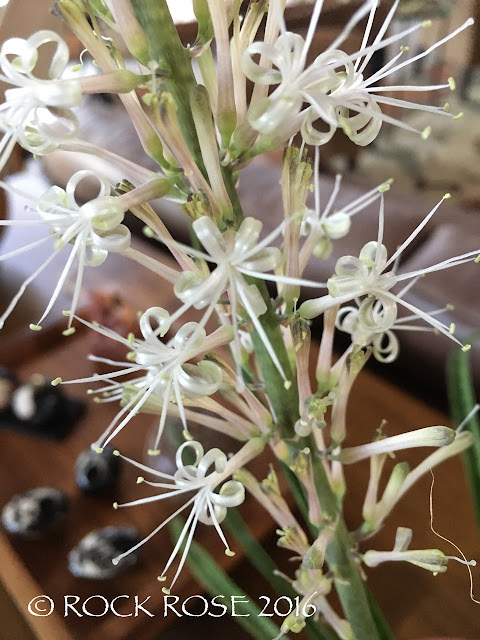 The garden is looking pretty sad but in the house the plant of the moment is this Sansevieria parva, Kenyan hyacinth. So named because the fragrance is similar to that of the hyacinth. Thanks Julie Marcus for the passalong. Just as you said the fragrance is quite amazing, especially in the evening. 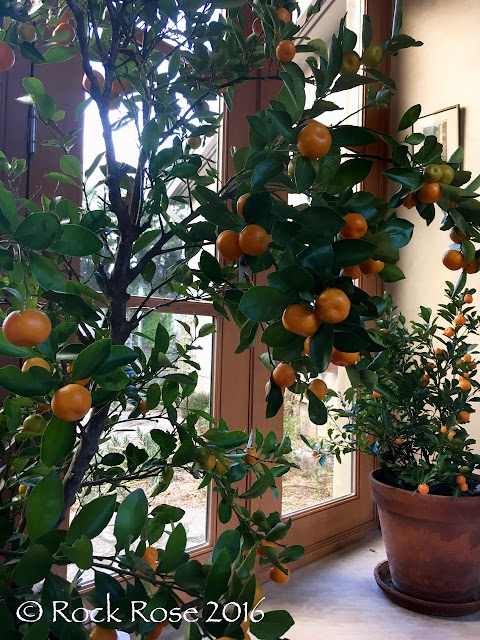 The calamondin orange trees are still bearing fruit. I have already made two batches of marmalade and will make more early in January. Hopefully enough to last the whole year. 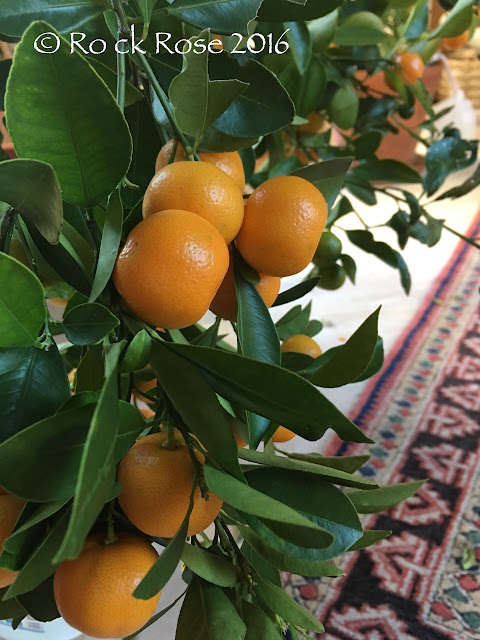 The calamondins are one of the hardiest citrus but I don't plan to risk their lives. They are in pots and spend the winter in the house, which they tolerate well.

Already there are there signs that 2017 is on the way.

A TOUCH OF COLOR IN THE DECEMBER GARDEN

Fall has been a very short season this year. The heat continued through to late November making it impossible to move the plants I would normally move in the fall. I put in winter annuals-they fried. I planted fall vegs. they were eaten by caterpillars and a huge hatch of tarnished plant bugs.
This weekend winter arrived, with a cold rain and promise of a heavy freeze later this week. It will not be the first as we have already had two frosts between those 80º days. Such is Texas weather. I began to cut back many of the last blooms of the season to tidy up the garden for winter. Now, all that remain are the plants that add a touch of color in the winter garden.
It has been a hard summer for the Felicia rose. Although she continued to bloom throughout the spring and summer, the fall blooming has been a disappointment. Thrips! But on Friday a beautiful rose with the fragrance that no other rose can beat. 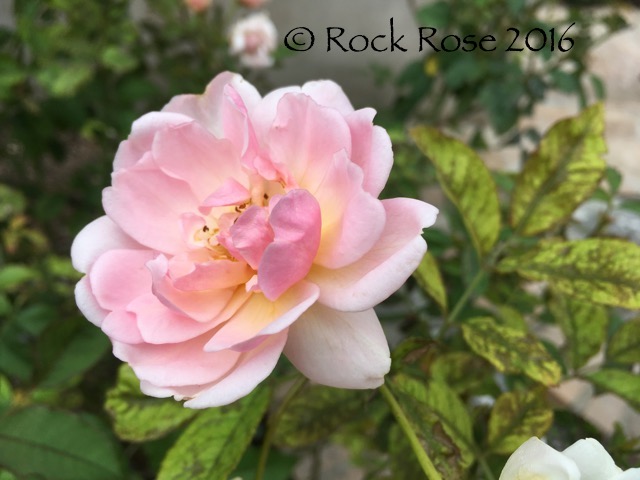 And this pretty little flower on the donkey ears kalanchoe, Kalanchoe gastonia-bonnieri. A native of Madagascar it blooms at the same time as it would be blooming where it comes from. I have moved it into the greenhouse for the winter. 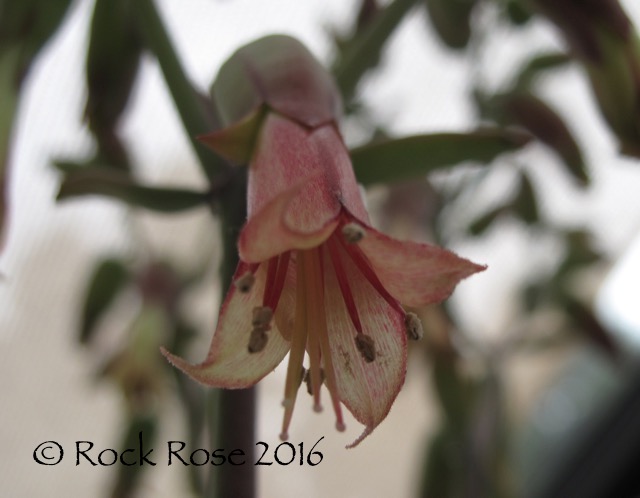 The winter window box on the potting shed is filling out. Never mind that when I planted it up, on the ground, I planted it the wrong way around. By the time I realized it it was too late to change so the snapdragons are on the front rather than the back. I love the color on the ornamental cabbages but in my garden a window box is the only appropriate place for these plants. If only I could be more successful with cabbages in my vegetable garden. I tucked in a few seeds of nasturtiums but they probably won't survive a heavy freeze. 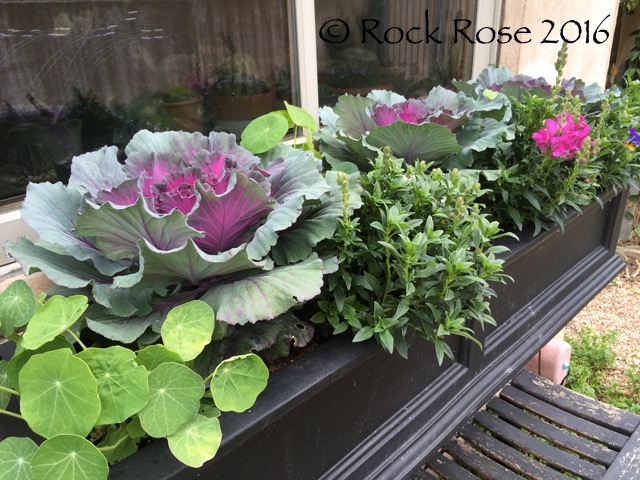 There are even a few new blooms on the flowering senna tree, peaking over the wall into the vegetable garden. A seedling tree that needs relocating. 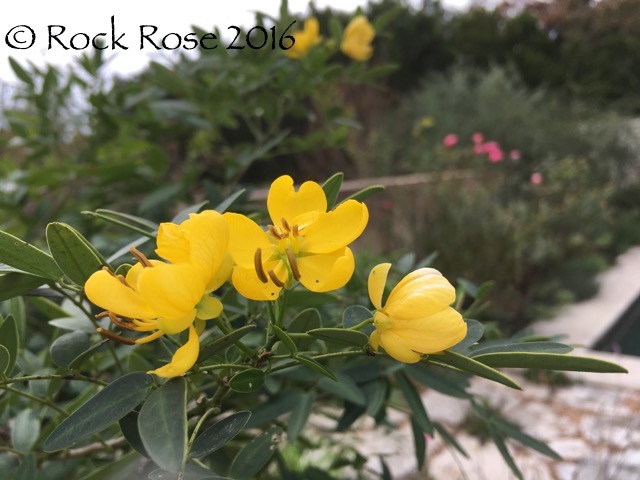 Even the ghost plant, Graptopetalum,  in the sunken garden is showing tinges of color from the cooler nights. 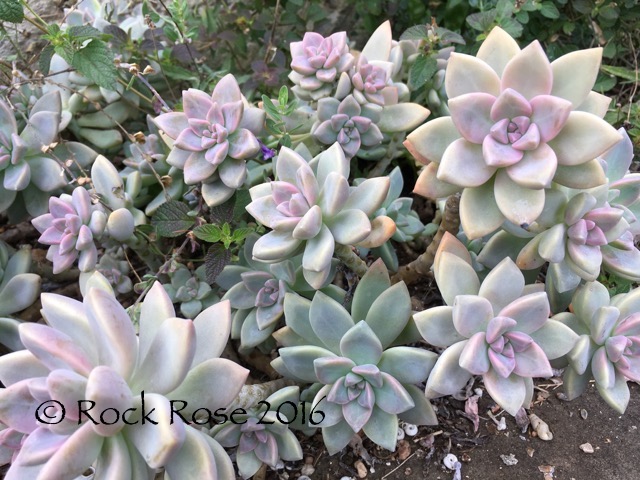 and of course, the Euphorbia tirucalli Sticks of Fire, is also responding to the cooler nights with flashes of red on the new growth. 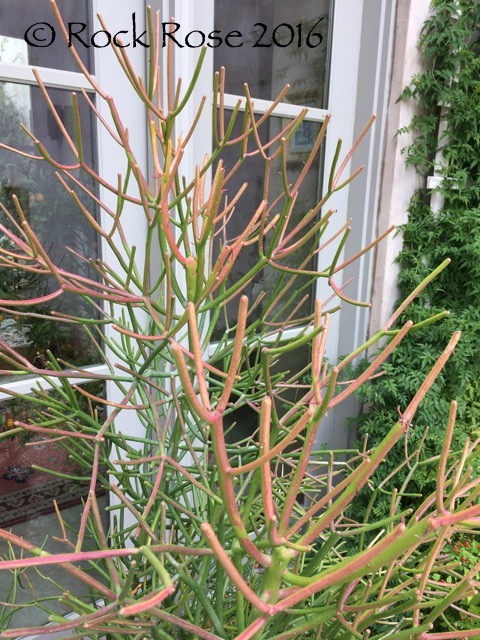 and here's one of the Philippine violets,  Barleria cristata, seeded alongside the pathway, starting to bloom. What am I going to do with them all? There are at least 6 growing in the wrong places which I will need to relocate when they go dormant. I already have 3 potted up in the greenhouse. 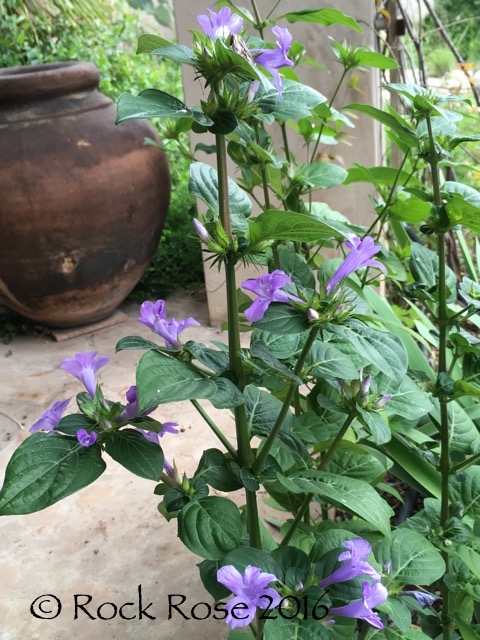 But the real splash of color comes from the Yaupon holly, Ilex vomitoria. 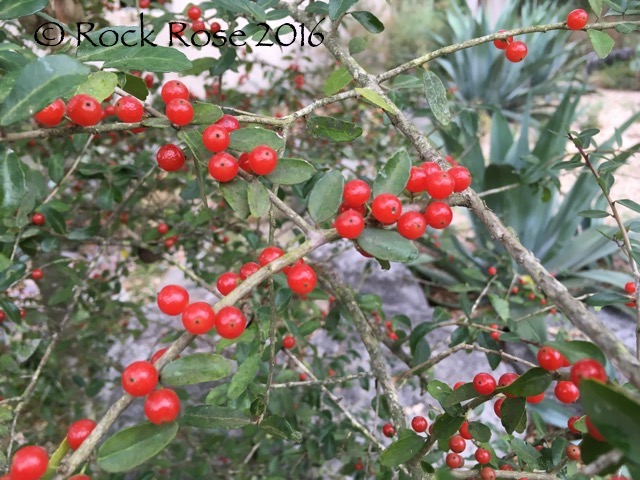 The bird planted pyracantha espalier on the bathroom wall. 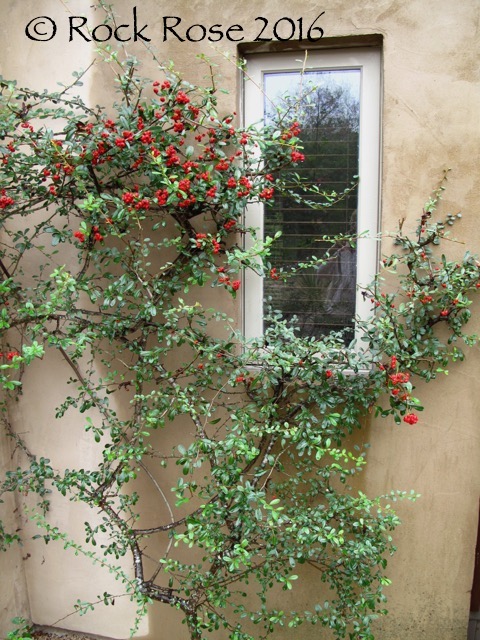 It's time for the gardener to take a break!
Posted by Rock rose at 3:05 PM 6 comments