BREEZING THROUGH THE FREEZE

We had two nights of significantly cold weather recently. Temperatures dropped into the 20s. It was a time to scurry around taking in all my frost-sensitive plants; the citrus, the succulents, the fern, and the cold sensitive cactus.
Many of the annuals died, their colors turning from yellow, orange, pink, purple and white to brown. Time to go looking for what survived.

One of my favorite fall bloomers has come through with flying colors. I'm not sure who the little visitor was but he was gone once the sun warmed up the air. 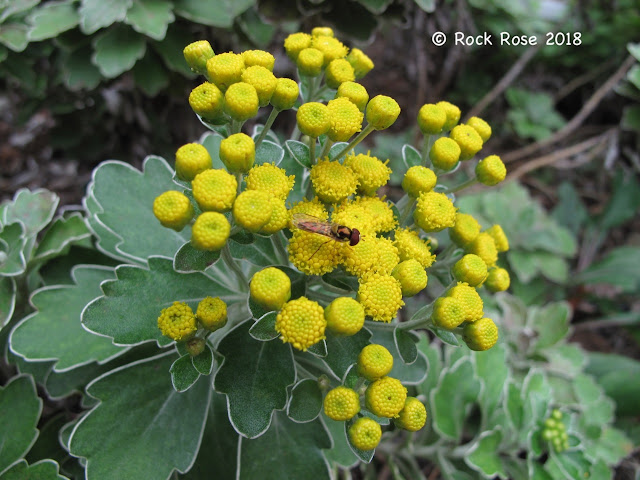 Ajania pacificum, also known as Chrysanthemum pacificum, is blooming just as predicted. It took a little damage during the hot, dry summer but I just ran my fingers along the stem to remove the crispy leaves.  I think that I have underrated this plant. Given to me more than 10 years ago it languished beneath a yaupon holly, until I finally removed the tree two years ago. Then it just took off spreading by rhizomes to make a mat of silver-tinged green leaves, which reach a height of 1' during the growing season. It is very tolerant of our Texas heat and humidity. 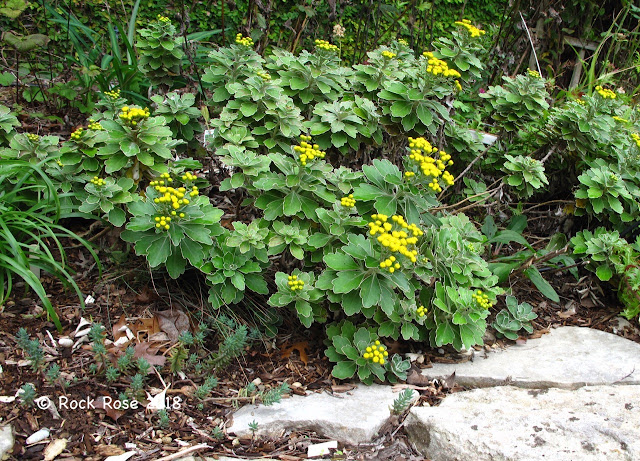 Tucked beneath these stems are the new rosettes of next year's growth. I plan to move a few to other places in late winter. It has been suggested to cut the plants back by 1/3 in July to reduce their height. Although this has not been a problem for me I do see how the stems could become too heavy and lie down un her their own weight. 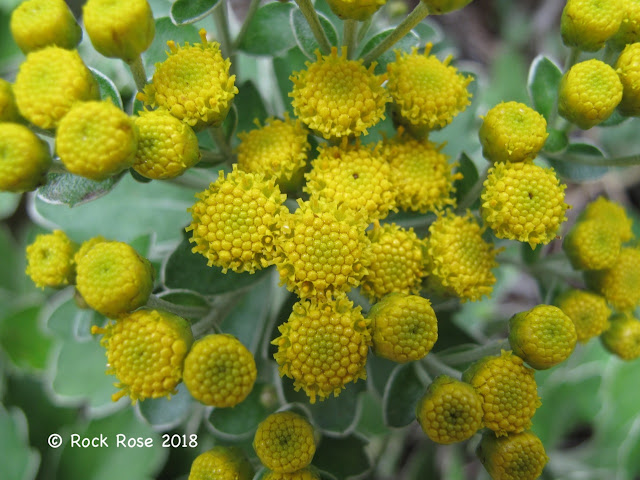 This might be a good plant for the rock garden.
Posted by Rock rose at 9:19 AM 8 comments

TULIPS ON MY MIND

Earlier this week I was watching Carol Klein's Plant Odyssey about the tulip. When she visited the dry mountainous regions of Turkey where the original tulips grew I was reminded of the only tulips I can grow in my garden in Texas, the species tulips. These are the most perennial of all tulips and have been returning year after year in my gravelly garden, multiplying slowly over the years. 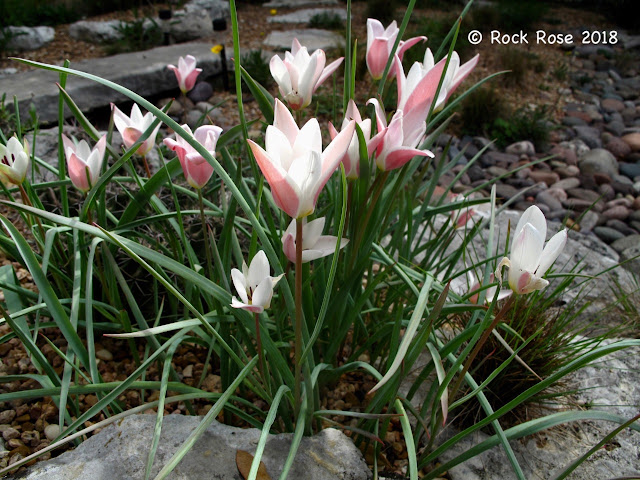 To be successful they demand extremely good drainage and if planted in regular garden soil will rot. I have had that happen on more than one occasion. The most successful location has been alongside a claret cup cactus clump in my front courtyard and close by an artichoke agave. Clearly the drainage there is perfect. There, they have bloomed for at least 10 years. 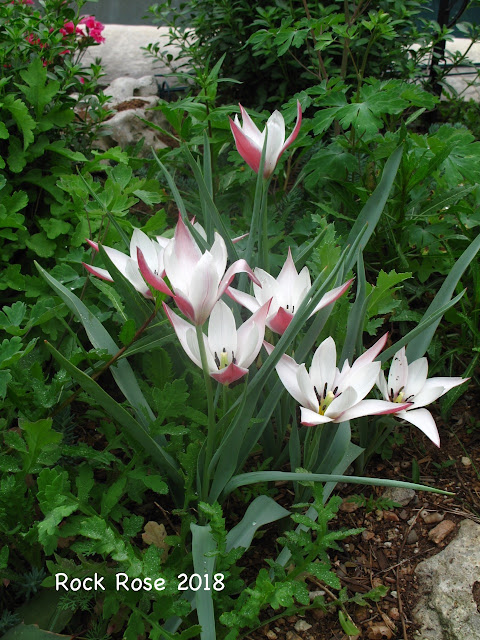 This particular variety is Tulipa clusiana 'Lady Jane' but there are several other that do well in southern gardens. I bought a couple more packets this year. The bulbs are small compared with the hybrid tulips. It is easy to see which way to plant them and I added grit to the bottom of the hole to make sure the base of the bulb stays dry. 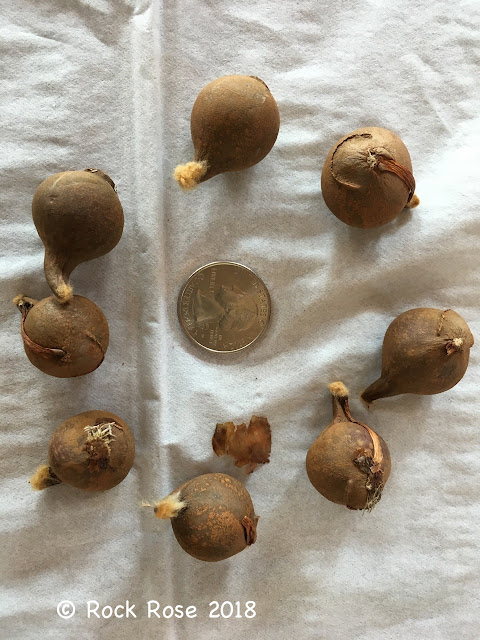 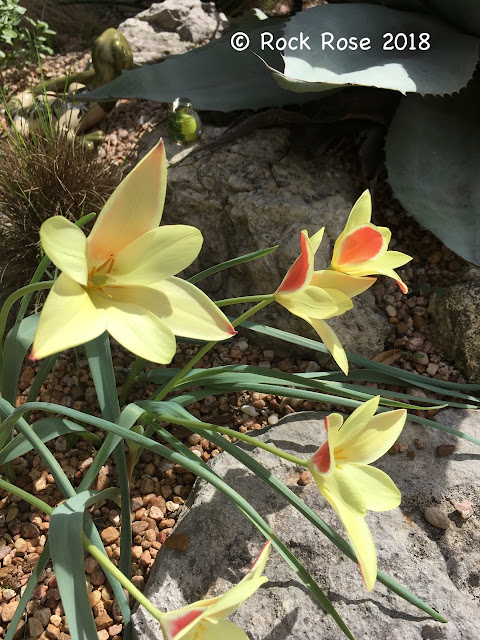 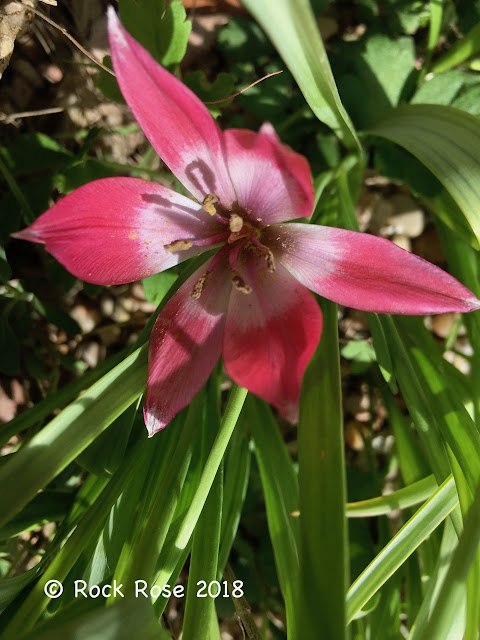 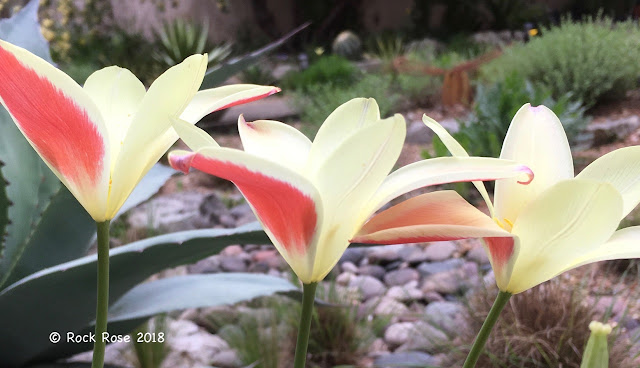 I had heard about Tulipmania in Holland in the 1600s but was to learn more during the program when Carol visited a grower of tulips in Amsterdam. There he showed a 'broken' tulip among his flowers. These rare, beautifully marked flowers, the result of a virus, were the cause of tulip mania. The most famous of all being Semper Augustus. Today broken tulips are removed and destroyed for fear of the virus spreading among the other bulbs. Modern day broken tulips have been bred to form stable bulbs but none are as beautiful of that one that caused Tulip Mania.
Fascinated by the story we watched the film available on Netflix but were disappointed in the story they told. I think I will learn more by reading the book The Tulip by Anna Pavord.
Posted by Rock rose at 8:43 AM 16 comments

THE WAR TO END ALL WARS

16 million people died during the First World War. As well as 8 million horses and many mules and donkeys. The 'war to end war', penned by HG Wells, became a familiar catchphrase during the war although we know now that the words of David Lloyd George, "This war, like the next war, is the war to end war" are more appropriate.  Sunday marks 100 years since the end of WW1. At the 11th hour on the 11th day of the 11th month in 1918 French, British and German leaders met in a French field and signed the armistice. 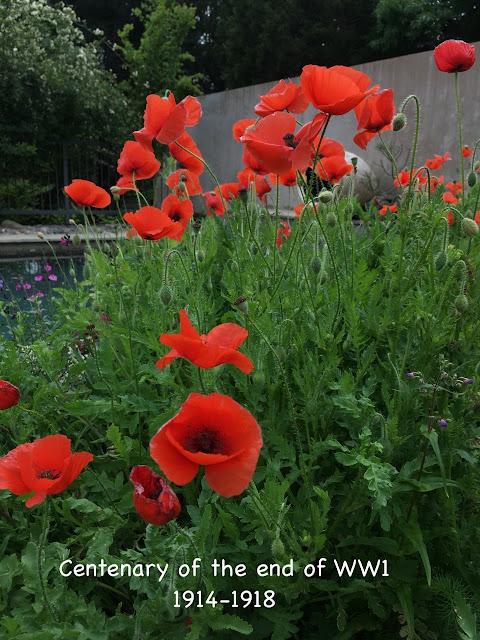 Poppies grew in the disturbed ground of the battlefields and became a symbol of Remembrance. This year, the poppy will be the centerpiece of displays throughout Europe, as well as some areas of the USA.

The 2018 movie, They Shall Not Grow Old, which brings us never before seen footage, is a tribute to all those who served and to those who lost their lives. It tells their story in all its brutality. Lest we forget.