FALL IN THE VEGETABLE GARDEN

Over the last few weeks I have concentrated some of my gardening time( just an hour or so a day is still all I can manage) on preparing the vegetable and herb garden for the fall/winter growing season. Arguably the variety of crops that can be grown successfully over winter far out-number those grown during the spring/summer season, although some of the fall plants will mature during the early spring. 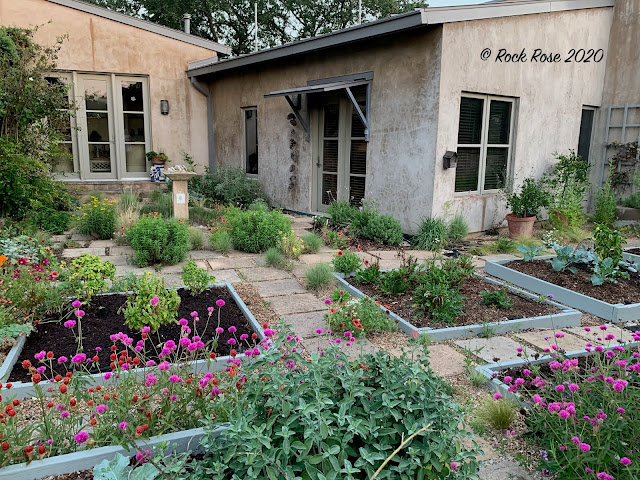 Before I could even begin to prepare the beds I had to first remove much of what had been growing in the pathways all summer. This included the many grasses, blanket flowers, gomphrena, pink, purple, strawberry and 'Fireworks." I am always torn between having flowers spilling over the pavers and the neat and tidy look of having nothing to impede moving around when working out there. When I clean everything out in the fall I know this is the look I like but then when they all start growing in the spring I like that too. How to balance this with the hours spent removing them is the challenge at this stage in my life.

Even now I have left a few to enjoy the last of their blooms. 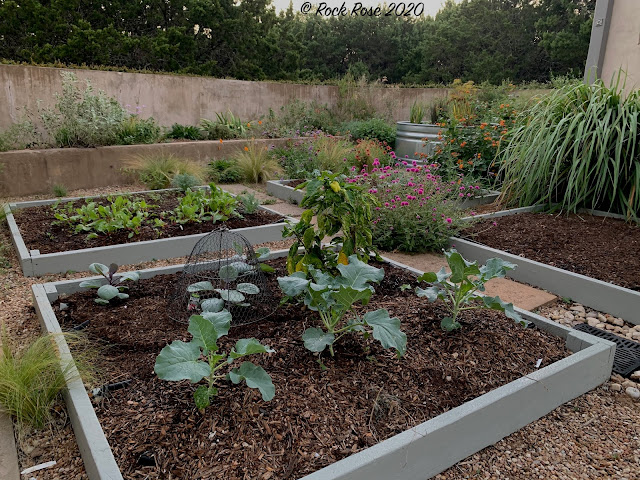 Then I had to tackle the beds themselves, removing the layer of cedar mulch that had been been on there for 2 years saving it to either mulch another area of the garden or return to the beds after planting. Each bed got one bag of new 'garden soil' purchased from a big box store. 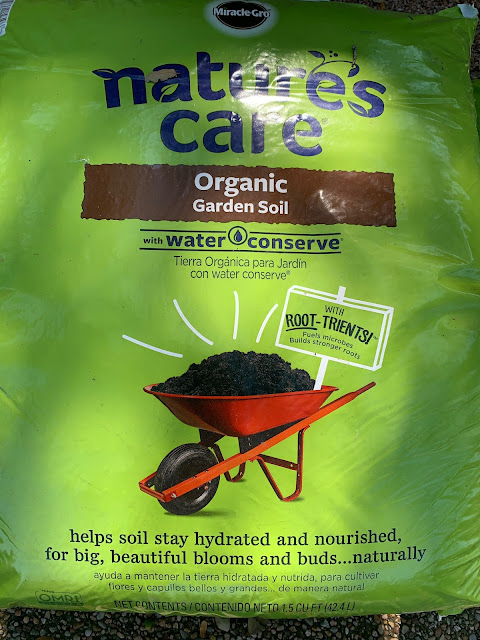 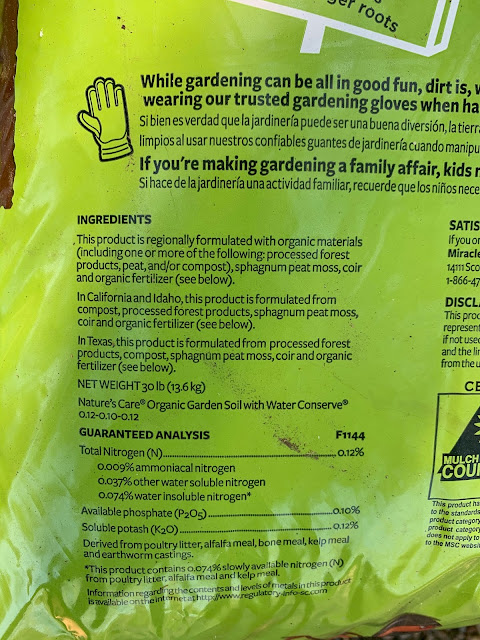 We decided that because our gardens are so difficult to access that it was more economical on the body to move them by the bag. Plus we no longer have a truck to transport bulk material. 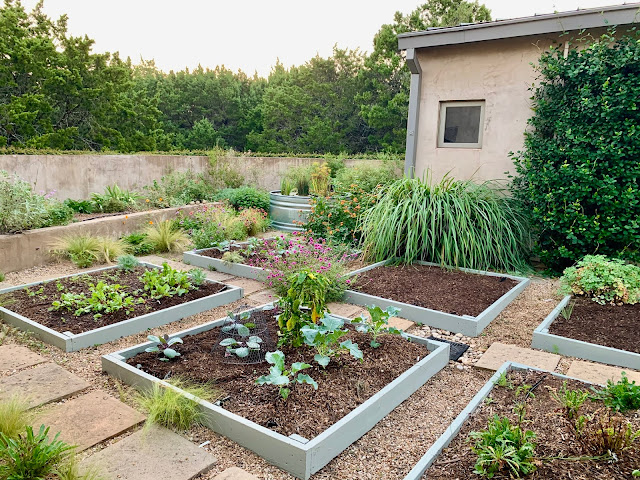 Weeks ago I started some winter vegetables inside, under grow lights.  I find they stand a better chance against snails and caterpillars if they are a decent size when planted outside. 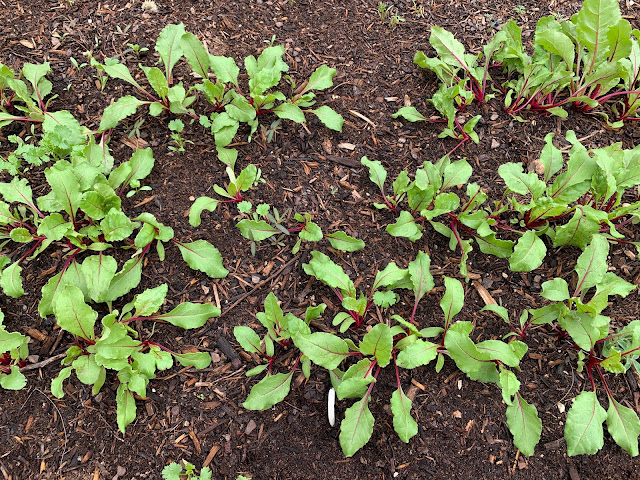 Beets and carrots were sown directly in the ground. They are now up and growing well. One of my weaknesses is my inability to pinch out plants but with the beets as soon as they are big enough to add to the salad bowl. I promise I will! 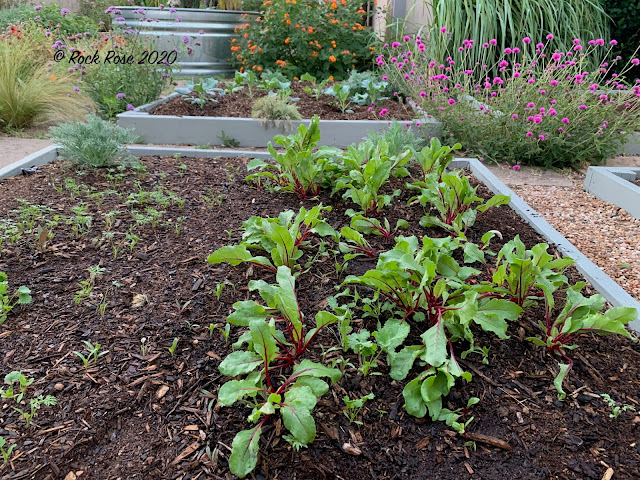 Kale, pak choi, broccoli and cabbage are now all big enough to go into the ground. 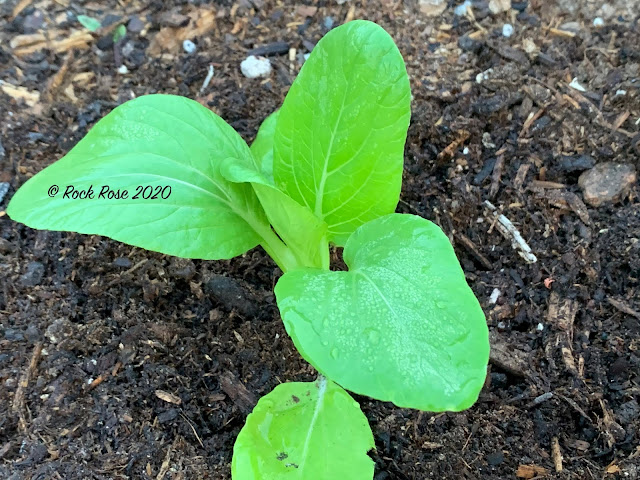 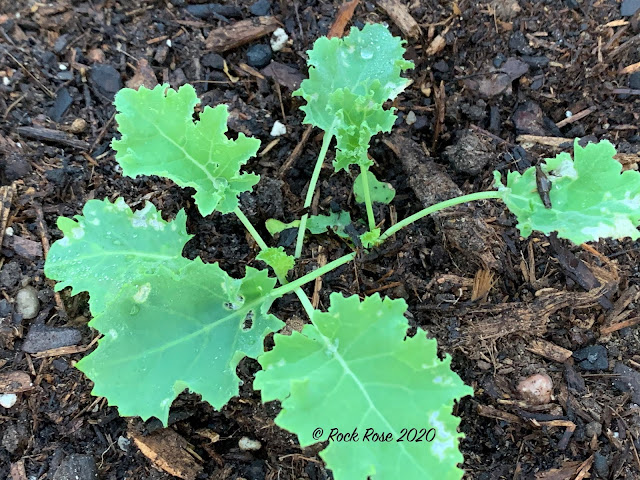 I have a few packets of seeds including Napa cabbage, lettuce and radish which I will direct sow over the next few weeks.

Peas are struggling with the heat. I probably planted a little early. 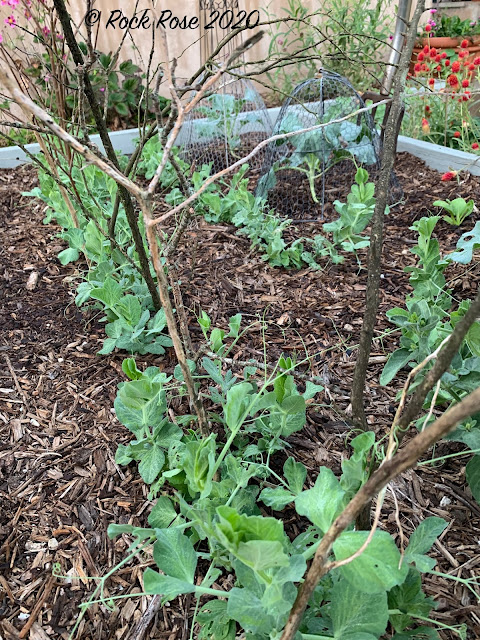 We kept the citrus trees out on the driveway this year, mainly for ease of transport into the garage during periods of freezing temperatures. All that is except the smaller kumquat and the orange. The kumquat was a rescue citrus and it was a few years before I even knew what it was. Last year was the first fruiting which has increased this year. It makes great marmalade. 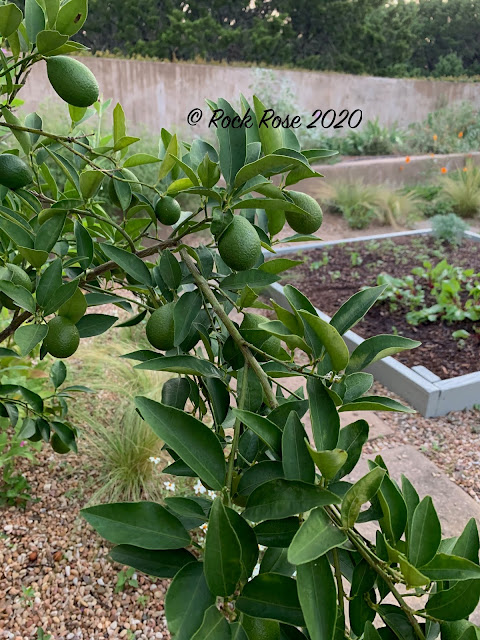 I see the beginnings of ripening on one of the fruits. 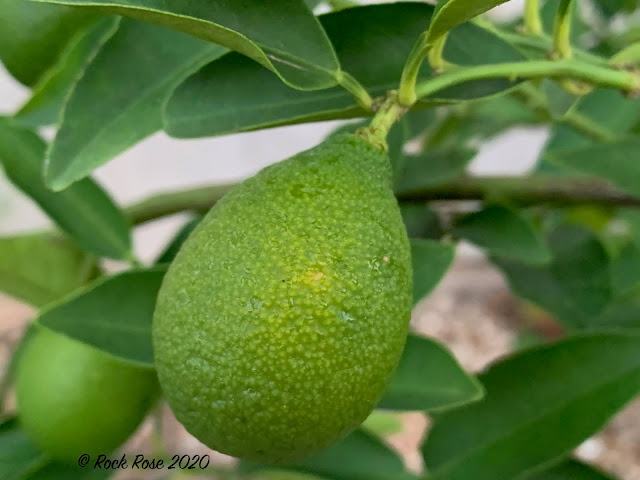 The orange tree has not done so well. One last chance to improve itself!