Of course my garden isn't anything like The Manor House. It's just that it was in my thoughts as we arrived home on Wednesday from a five week holiday. Five weeks during which time not a finger was lifted in my own garden. 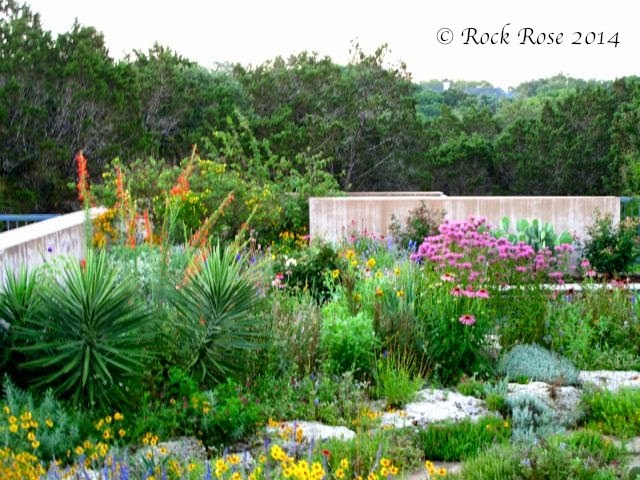 Because we often travel for long periods of time I am used to coming home to an overgrown garden. For the first few days I usually look around in despair, sometimes shed a tear and the conversation will often turn to the possibility of selling the house. Then I say I am going to makes changes to the planting, to make an easier planting, so that when we leave this won't happen. It always does. When I left larkspur, poppies, love-in-a-mist and countless other annuals were in full flower and the massed plantings of bluebonnets were still setting seed. Now, their brittle dried stalks are crying out for removal.
But this time was different. Yes, all the overgrown and dead plantings were waiting for me but I felt differently about all that had to be done to return my garden to normal and all because, on the very last day of our trip, we visited The Manor House at Upton Grey, Hampshire, England.

You may never have heard of this garden. In fact it was just by chance that I was reading about Gertrude Jekyll and there was mention of this garden she had designed at Upton Grey. I googled it and found on their website that it was no more than two miles from where we were staying on our last two nights in England. We just had to visit. We arrived in the village of Upton Grey on Monday lunchtime and following the directions headed to The Manor House. As we pulled into the driveway there was a small sign saying, Closed on weekends and Bank Holidays. Wouldn't you know that of all the Mondays in the year this was a Bank Holiday Monday. Still, there would be a chance to see it tomorrow and so Tuesday found us pulling up the driveway into the small parking area in front of the house. As we walked over towards what might be the entrance we were met by the head gardener, Phil Brailsford, who took us into the garden room at the back of the house. Here we would pay our £6 entry fee and could learn about the amazing history of the house and garden. 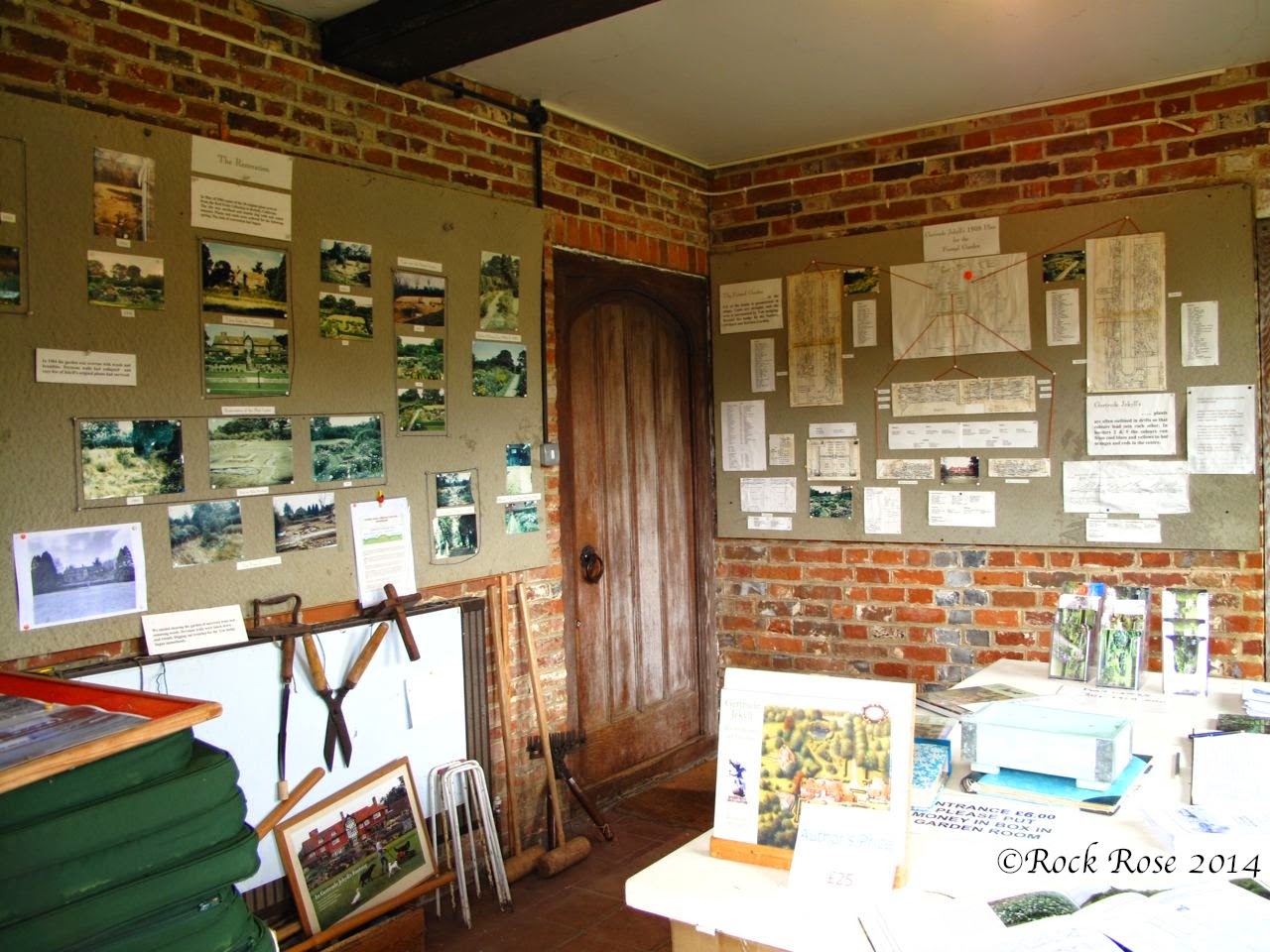 When Rosamund and John Wallinger purchased the house in 1984 it was in an extremely delapidated condition, the garden an overgrown tangle of weeds with none of the original planting left. The Wallingers began the task of restoring house and garden. Later we were to meet John Wallinger in the garden where he shared with us that there were many broken pipes in the house that they had to wear Wellington boots to walk around. He also shared the cost of the property which, in 1984, was the same price we paid for our tiny, zero lot-line house with postage stamp-sized garden, in California. Of course we could never have met the financial challenge of restoring such a property. Rosamund Wallinger was  no gardener but she set about researching the history of the garden and found that Gertrude Jekyll's original plans for the garden were located at the University of California, Berkeley. She made a special trip to secure copies of those plans and along with photographs set about the enormous task of restoring the garden to the original plans. 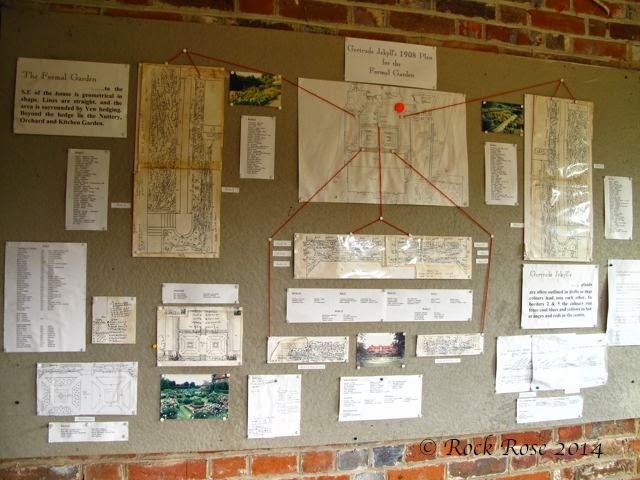 Because Rosamund Wallander had no preconceived ideas about what she liked in a garden or even which plants she favored she was able to set about implementing the original plans along with the suggested plants. Finding those plants was not an easy task particularly as Jekyll sometimes did not specify the exact plant, saying only pink peonies. The plans were Jekyll's original plans for the garden and not necessarily those that were sent to the house. 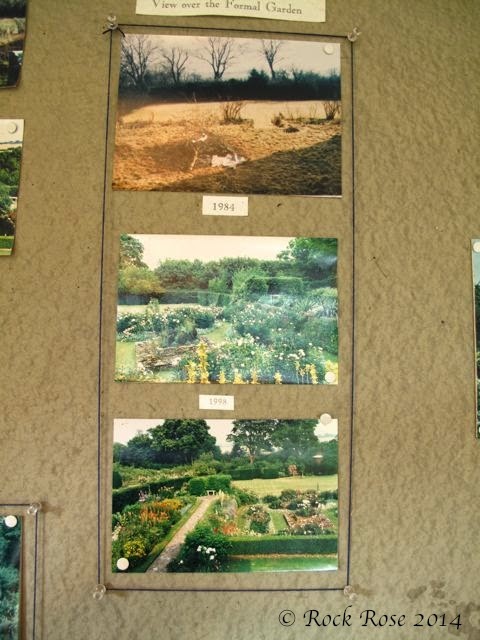 It took over a year to clear the site. The dry-stone rock walls, which have always been a signature of Jekyll gardens had to be rebuilt and the beds sterilized and manured before planting could begin. Now 30 years later the gardens are as true to Jekyll's plan as they could be. It is likely that Jekyll never set foot in the gardens of the Manor House but if she came there today she would be justly proud of her garden plan and of Rosamund Wallander for bringing it to life.


Time to go out into the garden where we found both John and Rosamund Wallander, dampened by the morning drizzle and always ready to stop and chat and answer a question. 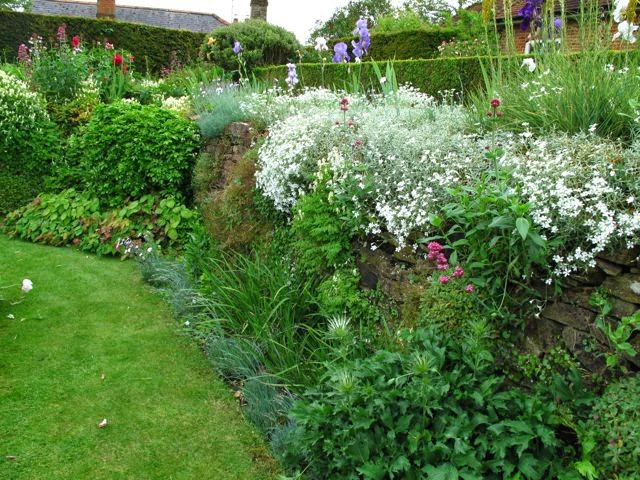 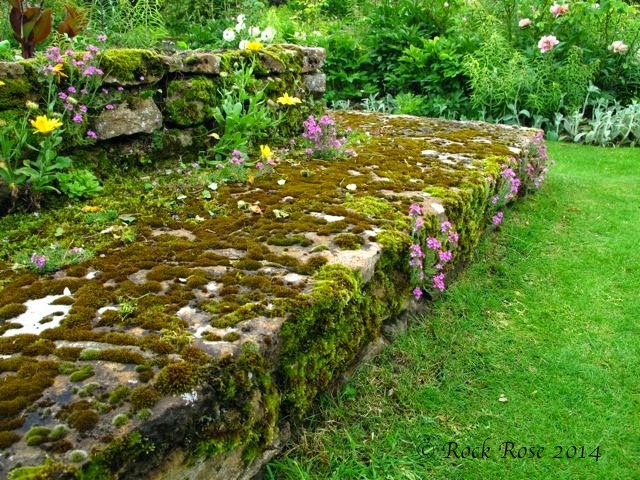 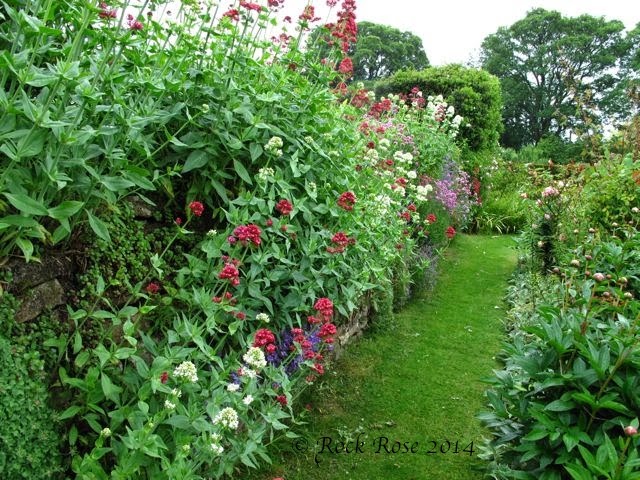 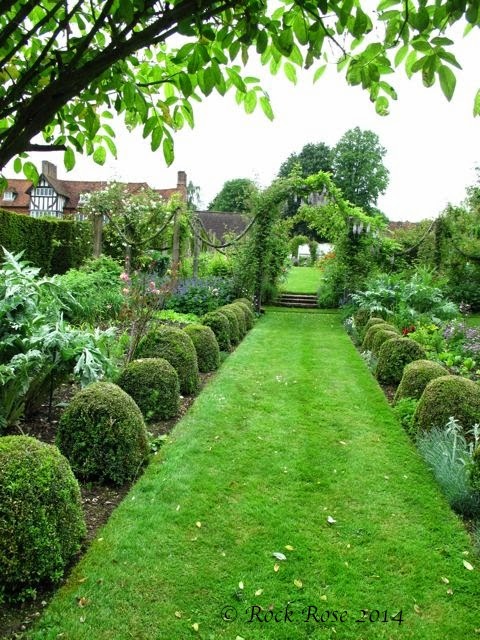 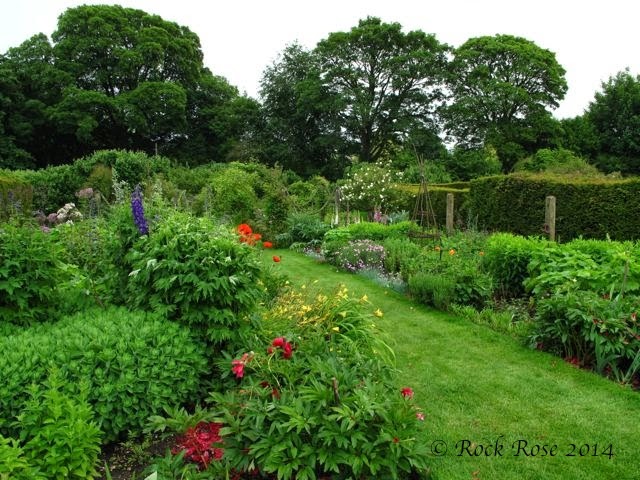 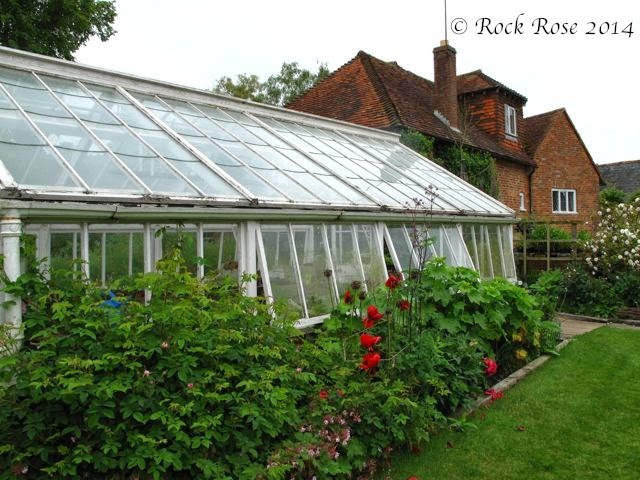 Oh to visit this garden in June when all the roses and peonies are out. I'm wishing now that I had taken more photos especially of the Wallanders. As we left the garden with Rosamund Wallander's book, 'Gertrude Jekyll, Her Art Restored at Upton Grey', in hand, I mentioned to David that he should have taken a photo of Rosamund as she was signing my book.

So now we are home and there is much to do in my own garden. It may take me a week or two to restore order to my gardens but nothing like the task that the Wallanders faced. That is why this time I am getting on with removing the spent annuals without complaint.
Posted by Rock rose at 1:11 PM