What do I, as a gardener, dread most of all? When the weather forecaster says that the temperatures will drop below freezing. Living as I do in zone 8b it is just too tempting to grow plants that do well in Zone 9 and 10. Further more we live just west of the city, where temperatures are frequently about 5 º colder due to fewer roads and buildings. And we live on the slope of a hill where frost rolls down into a frost pocket. It doesn't deter! 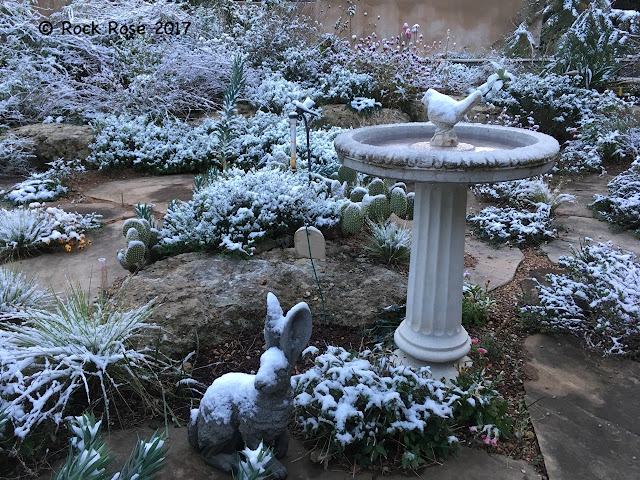 I think we all knew we were in for a cold blast last night but the precipitation was a surprise. The chatter of my gardening friends on Facebook was as though no-one had ever seen snow before. It's pretty, yes, but listening to our pool pump at 4 pm really did have me worried and rightly so. This morning there was solid ice on the birdbath. Or at least one of the 4 that are positioned in different spots around the garden. 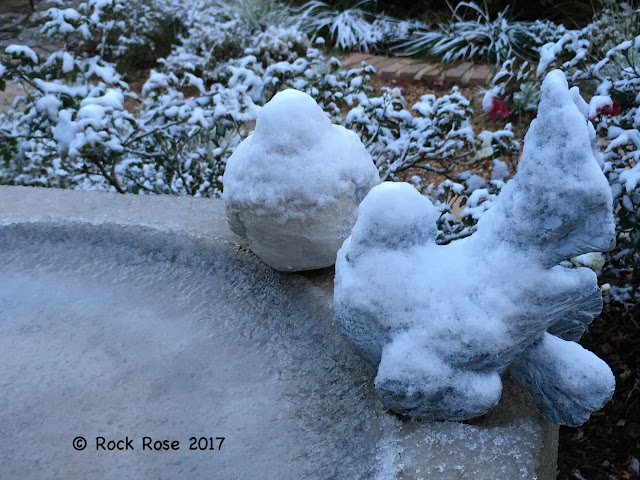 A weather event like this is a good time to take a walk around the garden and make a note of different microclimates. All the other birdbaths had ice on them but just a thin layer, easily broken with the tap of my finger. Those areas of the garden don't get quite as cold. One is closer to the house and another, even in a place that gets no sun, is sheltered by a high wall. These are places to plant marginal plants for your zone. I risk some marginal plants in these areas-the rest have to be protected in some way.
Most of the snow had melted by the time I got out there this morning. 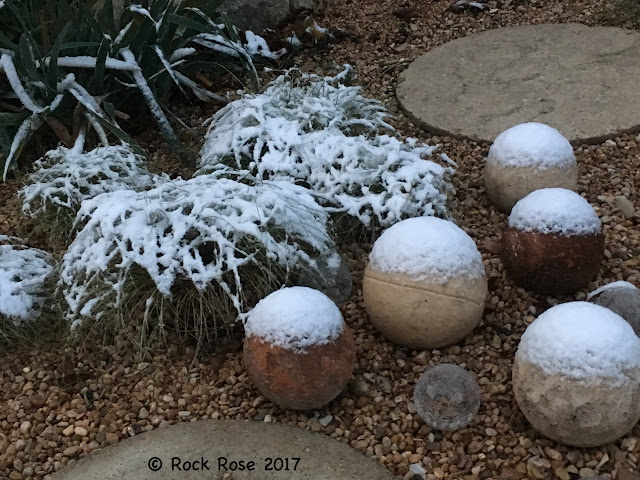 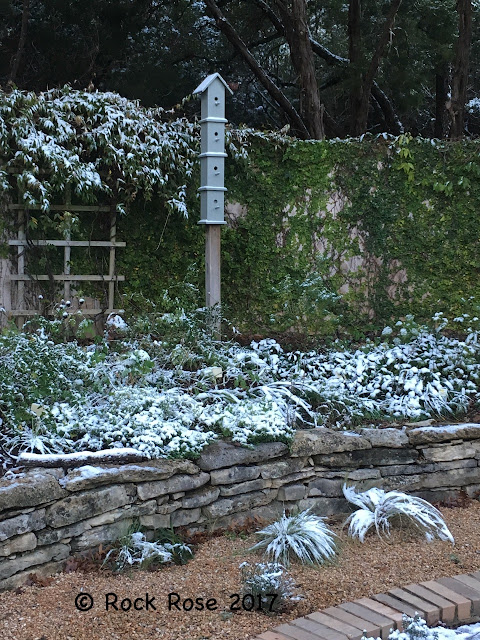 The greenhouse, potting shed and garage are packed to to the gills. I added a shelf this year when I came across the 4 supports for the spare window box. They were easy to attach to the wall and a piece of wood, painted makes for a sturdy shelf-and more room for plants. In the greenhouse the sides are ringed with gallon jugs of water. A small heater keeps the temperatures above freezing. 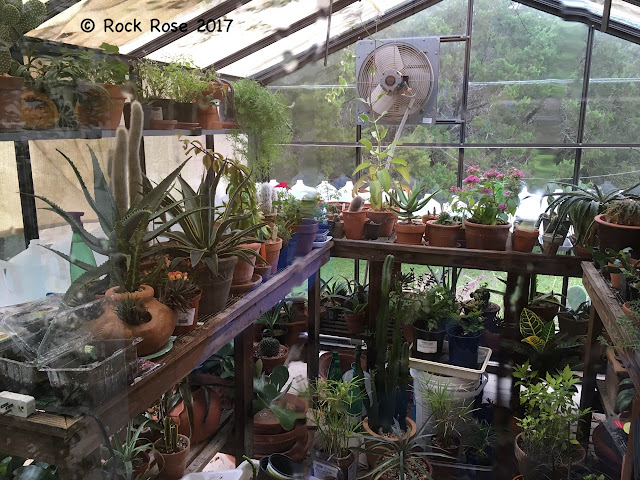 More tender plants go in the potting shed. All the citrus are in there. 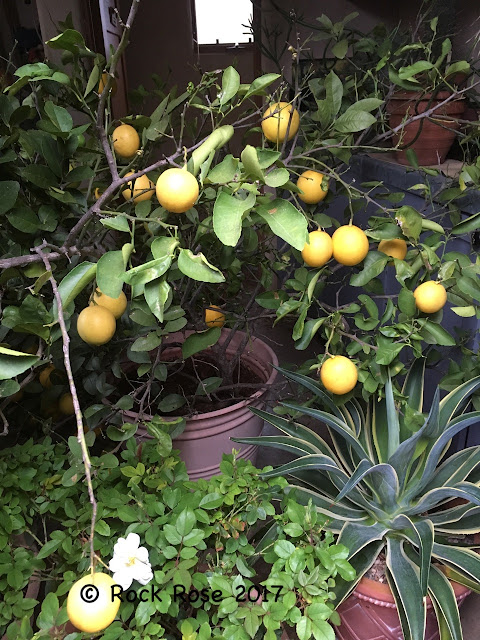 Brugmansias, plumerias and various cactus and agaves are in the garage. 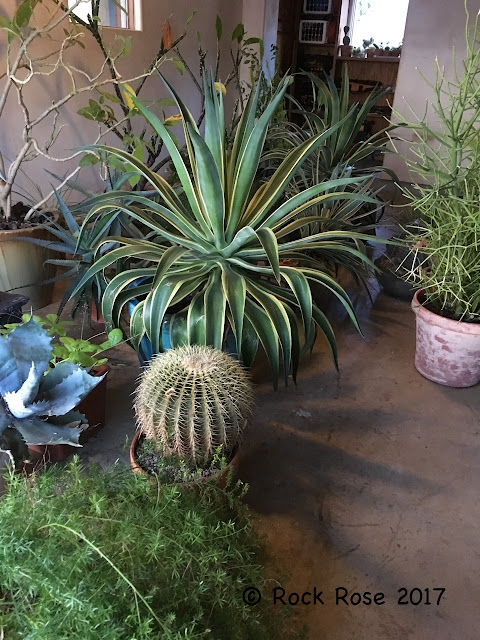 And something is out in the cold. It's been a long time since we had to run a car to get the ice off the windscreen. The snow, falling on warm surfaces and then freezing made for an icy sheet. 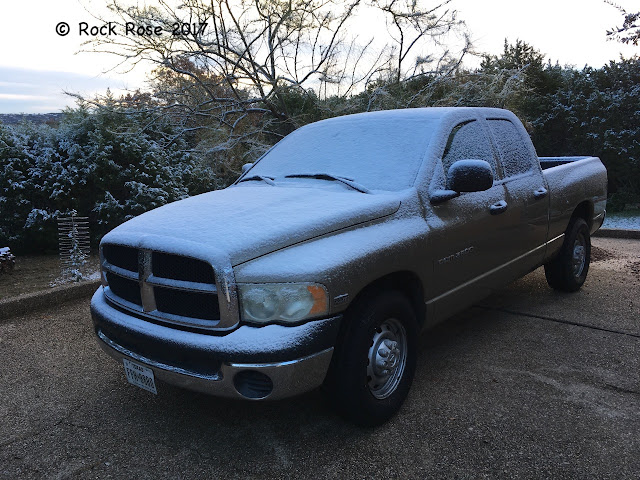 And a few came into the house. They were the ones that were on the patio near to the doors. 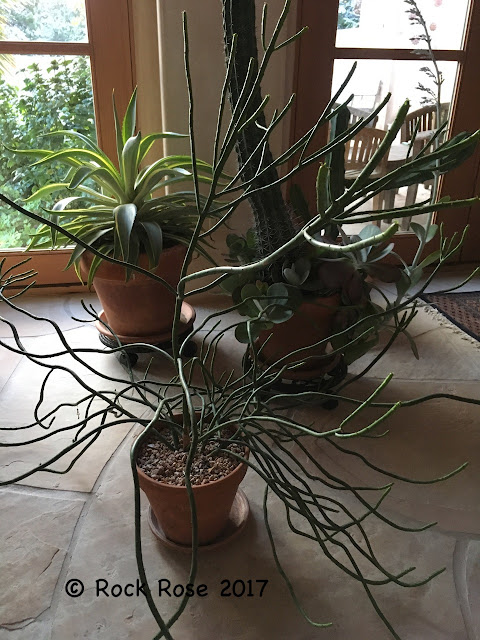 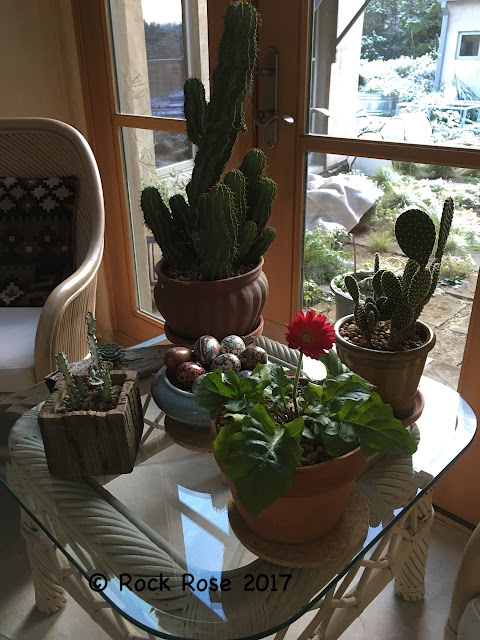 Lots of blankets and blankets covering outdoor plants. Last year I purchased these from Gardeners' Supply using them in the early spring.  I am really happy with them. They fold flat for storage and seem to be quite sturdy. An early planing of peas were covered with one last night. They come on packs of three and you can browse their season extenders here. 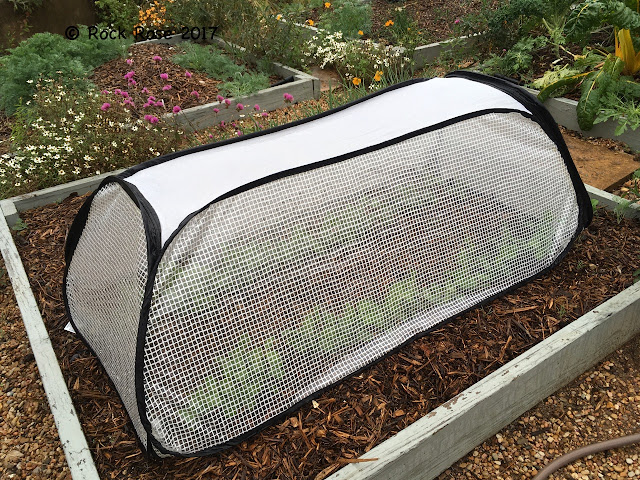 The top on this model unzip for flat folding. 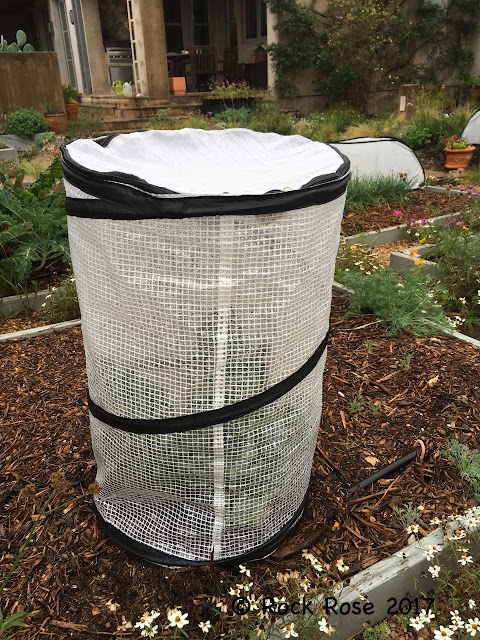 I have a multitude of covers, all picked up at garage sales, from packing blankets to the real thing. Most of them were out last night.

One of the things I didn't think about was the two small fish and water lily ponds. Both were iced this morning. I am concerned about the fish in there. I boiled up some water and added hoping the fish would come to life so zi can see if they survived. Later this afternoon I will empty the containers and transfer the fish to the large tank which has a fountain. I hope I won't be starting a war.

Another 2 nights until we are in the clear but at least the sun is shining today. Some damage takes a few days to show up so I will be out checking over the next couple of days and recovering again tonight.

But what are a few frozen plants when so many have last everything they own. I am thinking of all those folks in the fire-stricken areas of California. So sad for the residents, birds, animals and plants. Hopefully the winds will die down and the firefighters will manage to control a further spread.