I was making the bed the other morning and thinking about how hard it is to garden in Texas. In fact the hardest place I have ever gardened.....and there have been many. Our climate for gardening is like no other, although some may take issue with this.  Sometimes it is desert-like with no rain for months, sometimes tropical with endless days of rain. Wet summer, dry summer, wet winter dry winter. Winters can be mild and tempting but then the next will kill all those marginal plants you planted. Somehow you have to strike a balance and find what works for you, taking pleasure in the rewards that come your way. That can take years of experimenting. It was at this point that I opened the blinds to look into the Secret Garden and there was one of those rewards. A flash of pink. The Aechmea fasciata, which I had put outside in the shade of the Pittosporum was blooming. I hadn't looked at it for weeks and all that time it was quietly preparing to bloom. 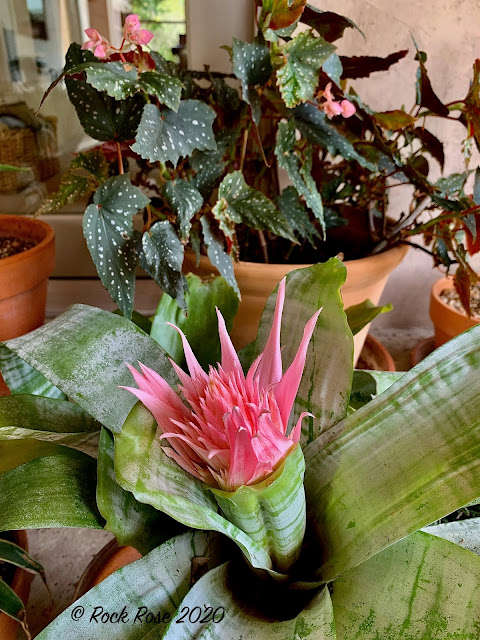 I have had this plant for years and only kept it because even out of bloom it is attractive. I never expected it to flower again thinking that this could only happen under greenhouse conditions. I rushed outside and brought it to its new home, where it can be appreciated. I certainly plan to treat it a little more kindly and will rinse out the cup with rain water every week as per the care instructions. 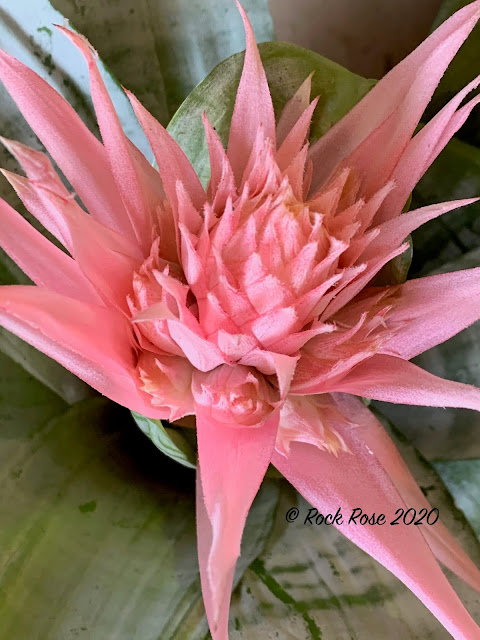 There have been many disappointments this spring, the greatest being the discovery of the agave weevil in the Yucca desmetiana 'Blue Boy' It has never done well and suddenly it started to look really sickly which made me decide to remove it and put it in a pot. It just came right out of the ground breaking off and exposing that hollowed out interior. There was the grub and then another. Three in all.
I was able to cut off the top of the plant and will now try to nurse it back to health. And a week later I discovered another small agave, a few feet away, had met a similar fate. I am now feeling nervous about all the others, especially my beautiful Whales Tongue Agave, A.ovatifolia,  which is just a few feet away.
I quickly got over this because in the vegetable garden a nice surprise awaited me.  When I saw some kind of squash plant growing in the compost bin I moved it to the vegetable garden. It grew well but never produced anything other than a few tiny flowers. I guess it was just practicing because one morning a huge flower opened and very soon thereafter the identity of the plant was revealed. A butternut squash! No real surprise as we do eat quite a lot and of course the seeds always go into the compost. 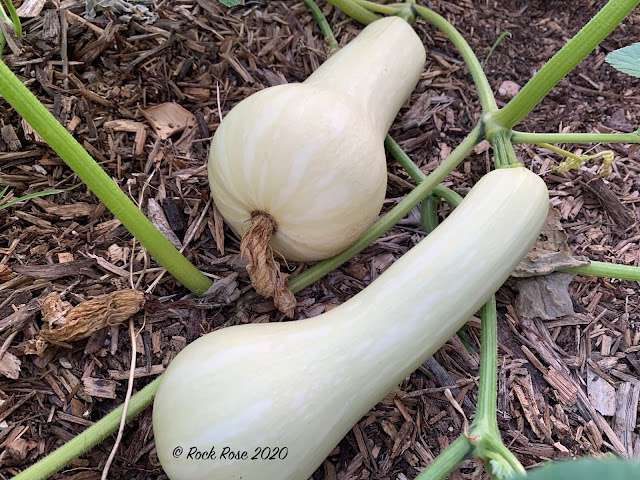 So far so good on the squash vine weevil front. Maybe getting the plant in the ground so late has its benefits. Or is it ever too late for them!
As usual the tidy phase in the vegetable garden was short- lived. There is now a rampant growth of cucumber plants and Sakata sweet melon. 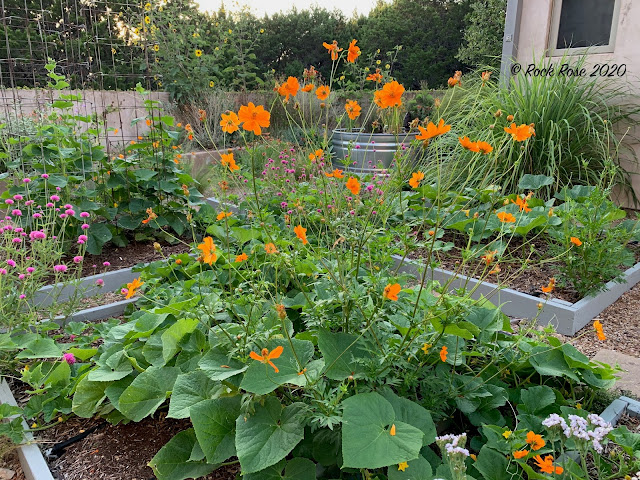 I was checking out the viability of some rather old seed packets by putting a number of them between wet paper towels. Every one germinated and I just couldn't bear to throw them away. I figured many of them would be eaten by the snails. I guess one or two was enough for them. 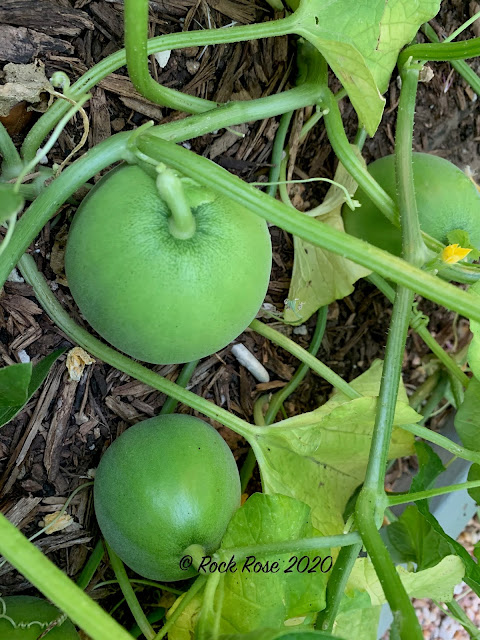 If you are not familiar with this melon Sakata Sweet has been a favorite in Japan and China for a long time. It is a small Heirloom melon, ripe when it changes from green to yellow. It is unusual in that the skin can be eaten. I hope that these ones from saved seed do as well as they did 3 years ago. They are growing alongside the cucumbers so I hope that will not influence their taste.
Every year will bring some new experiences in the garden, some good some bad but never give up. I haven't.