IT'S ALL ABOUT NEXT YEAR

Have you noticed how when each season comes to a close, and we have more than 4 in Texas, we are already thinking about that season next year. I have already made a decision about which seeds I will be sowing indoors next winter for spring and summer flowering. They are the seeds of successful sowings this year. It remains to be seen how successful they will be next year. This is number one on my list. 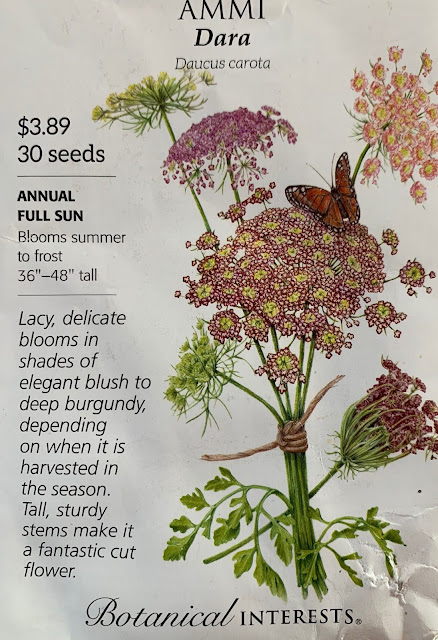 Out grocery store, Central Market, has a small rack of Botanical Interest seeds just inside the store and, as I always do, I checked out what they had on offer. When I saw this packet of Ammi, Dara, I snapped it up. We had just, that summer, returned from a wonderful trip to Europe and part of the trip was spent on the island of Guernsey. There, when we hiked along the cliff tops, were large stands of Queen Anne's lace. A reminder of the hedgerows of my childhood. There were plentiful stops along the trails to snap some photos and a little research when we returned to our airb&b.

Queens Anne's lace Daucus carota, and Poison hemlock, Conium maculatum,  are very similar and it was interesting to learn how to tell the two apart, because the latter is deadly poison if ingested by people or pets. I am not likely to want to eat the roots of this plant any more than I would eat a wild mushroom unless it was from the grocery store. But I now know how to spot Queen Anne's lace. It has a hairy stem, which hemlock doesn't, its stem is green and that of hemlock is splotched with purple and Queen Anne's lace is the only one to have a single red flower right in the center of the umbel. You can see the red flower in the photo below.
There is a lovely story about Queen Anne working on a piece of lace when she pricked her finger and the drop of blood landed on her lacework. I think it might well be true. 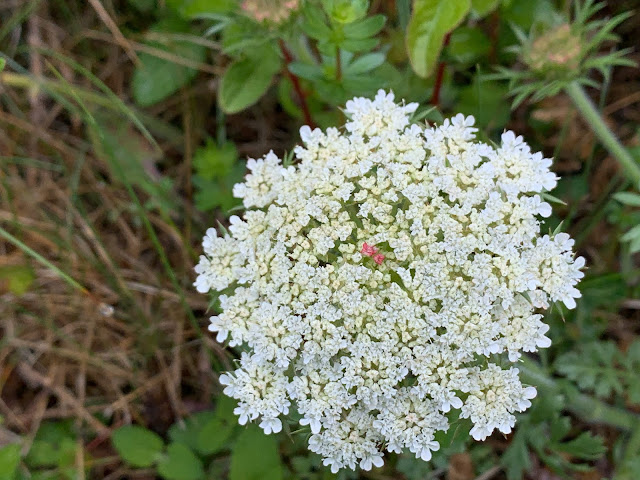 And so to my packet of Ammi, Dara seeds. Of the 30 seeds I sowed only 3 made it into the garden, mainly through my lack of care, but I am thrilled by the performance of the ones I have. 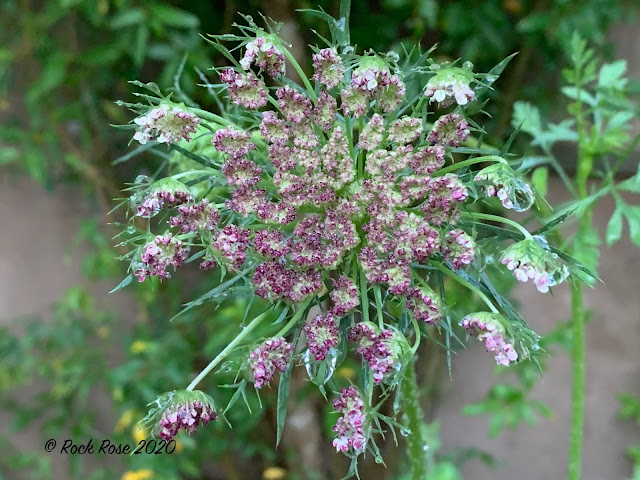 They languished for a while and then suddenly they shot up and flowers began to form. 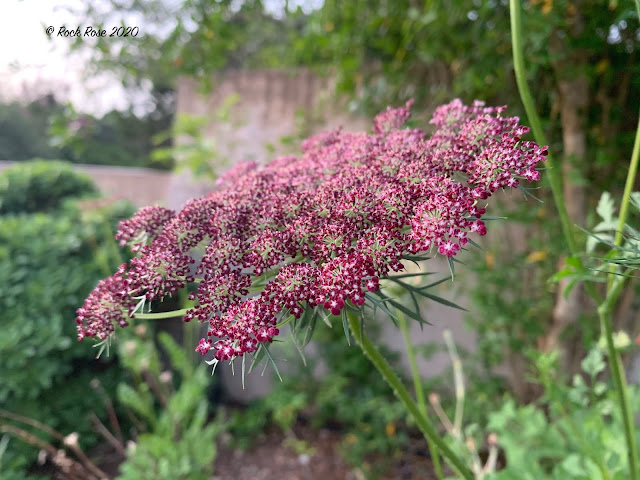 On the underside of the umbel you can clearly see the 3 pronged bracts which are another feature which distinguishes it from poison hemlock. 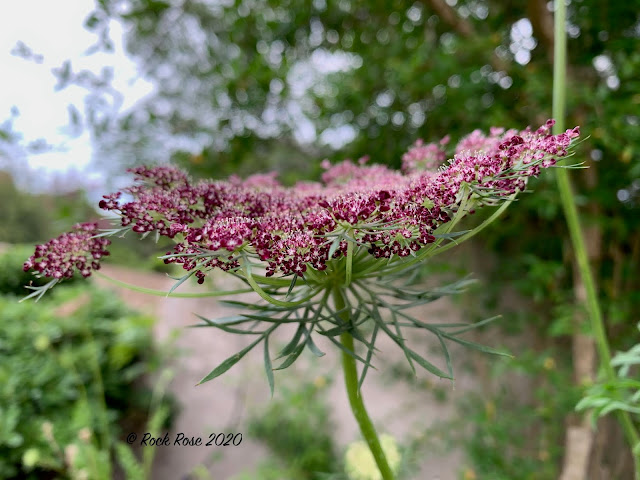 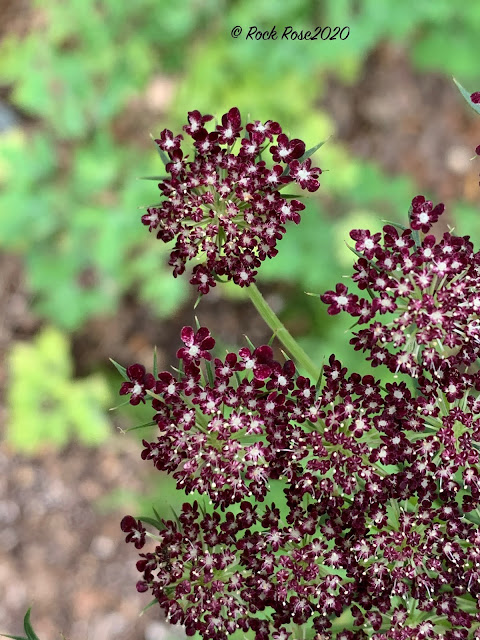 I did come across a little controversy about the naming of these plants. Queen Anne's Lace is Daucus carota and is always white and is native to Europe. Ammi majus, originates in the Nile valley and does not have the red flower in the center. It appears that many seed companies call the colored variety Daucus carota which it is not. These seeds I have should rightly be called Ammi majus Dara, false Queen Anne's Lace. 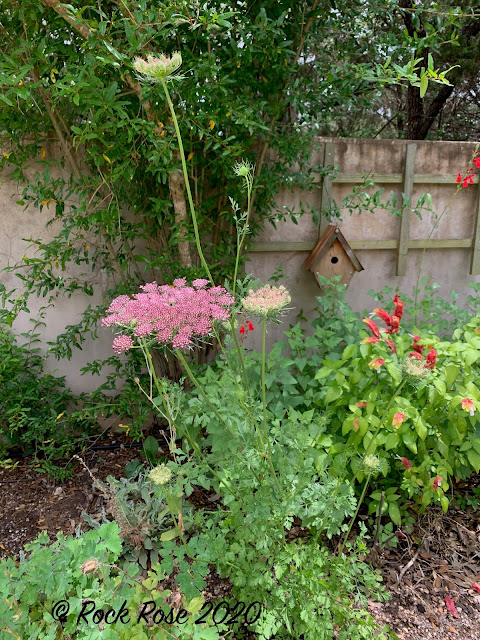 I have great hopes for growing them in more places in the English garden next year. That is if the weather pattern we have next year matches this year's. Like many of the plants in my garden these have enjoyed a bounty of rain in the last month.