AUGUST IN THE GARDEN

When I wrote this past week about working out in the Sunken Garden and the improvements I was about to make my enthusiasm knew no bounds. It was a wonderful feeling. On a hot afternoon I gathered up my rock garden books and leafed through page after page imagining how my new garden was going to look. I made my list. There is still much work to be done before I can ever think about heading out to the nursery for purchases. 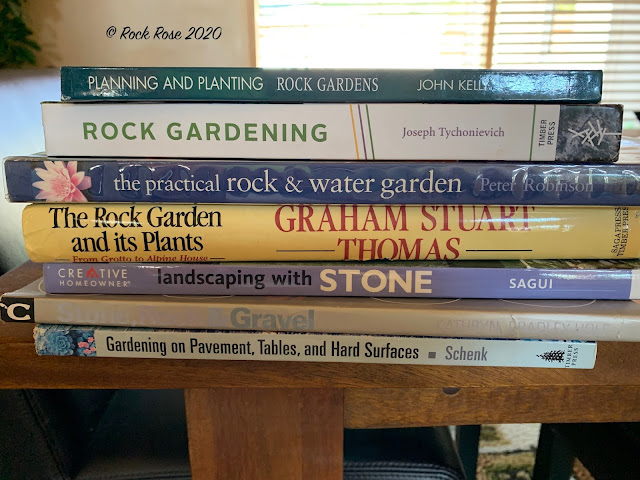 The problem is that I have a lot of other gardens that require my immediate attention. I must cut back the remaining lantana and zexmenia as well as removing all the weeds that have sprung up with our recent rains. This is necessary because we have a long season and they will bloom again by late September early October. Then there is the vegetable garden to prepare for planting the winter vegetables. Cucumbers and Melons are finished and need removing as well as the beans and tomatoes. And it is so hot out there that only the early mornings are bearable for working outside.
And I must reserve a little time for walking around the garden, not just to see what other things need to be done but also to admire the latest blooms. This week there are new blooms on many of the cactus. A result of our recent rain which brought a brief cool-down. 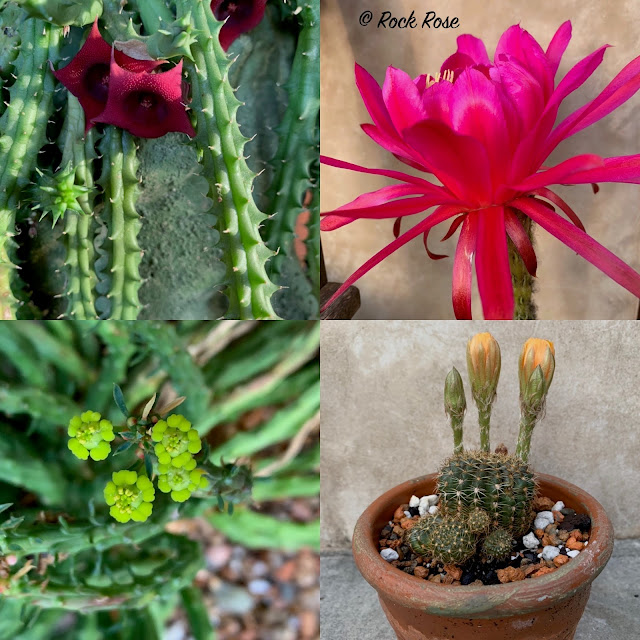 And the mystery plant growing in the gravel in the English garden has revealed its identity. 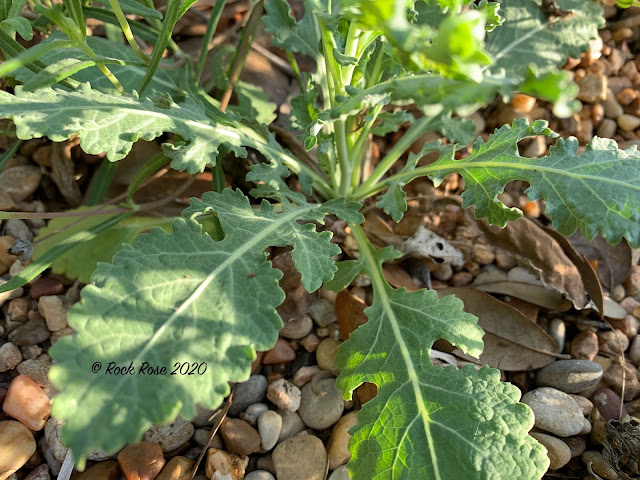 Of course!  but it is so far away from its family in the Sunken Garden! It is a chocolate daisy, Berlandiera lyrata. 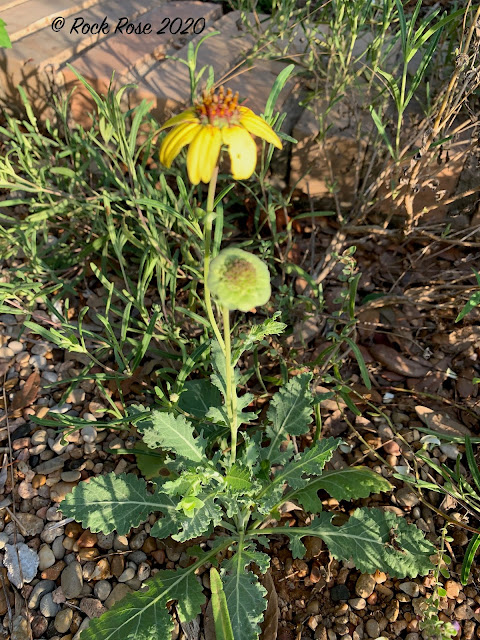 In the fall I will move this to the Sunken Garden where it belongs and I may even be brave enough to remove the errant ones growing in between the pavers in the herb garden. Unfortunately they will not survive as their roots are firmly entrenched underneath the pavers.
Our recent rains have brought us a flurry of rain lilies and although I like the pink and white ones my favorite are the yellow, Zephyranthes citrina. My timely removal of the mealy blue sage that was covering them means they will be get their deserved spotlight in the post-rain garden. I plan to lift them and put them all together in one clump and mark them so I know where they are! Our native white ones seem to have a dislike for growing together in a clump. No matter how hard I try they only ever appear as singles scattered here there and everywhere. Six appeared in various spots in the herb garden this morning. 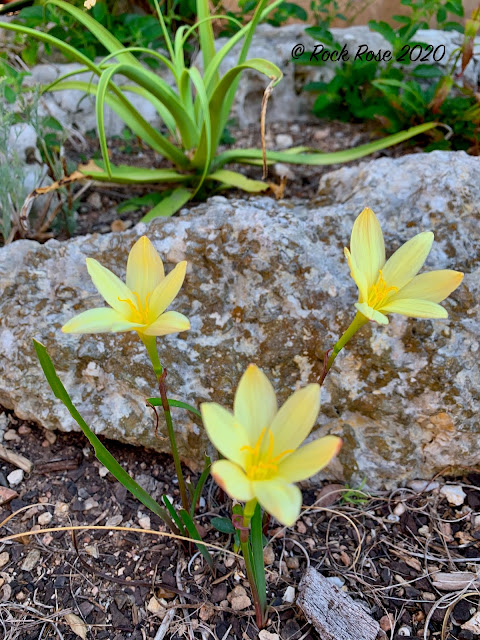 The job of removing the spent cucumbers from the vegetable garden was thwarted yesterday by finding the plants covered in aphids and ladybirds too. How could I possibly remove them now. it will have to wait a few days. I recall last year having the cardoon covered in aphids and leaving it because the mealy bug destroyers and ladybirds were hard at work. In the end the plant survived and thrived without any intervention from me. Stages of the ladybug from larva(bottom) pupa (top) adult(middle) 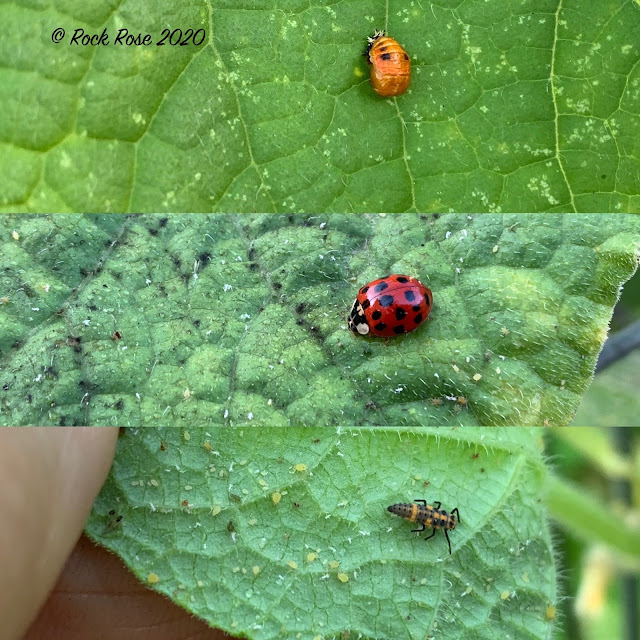 I'll leave them until they have finished feasting.
Overnight I decided to remove some of the Gopher plant from the Sunken Garden. I love that plant but it has become too big and untidy for even me to tolerate. There is plenty elsewhere to enjoy in the late winter and early spring but not here. I began by cutting off all the stems-they bled- and tomorrow I will get the pick axe to the root ball. Naturally more rocks are in my plans.
Posted by Rock rose at 2:44 PM