A TALE OF TWO DAISIES

One of my favorite native plants is the daisy fleabane, Erigeron modestus. I first saw it growing on our septic field when we moved in the house and transplanted one into my rock garden. It survived. 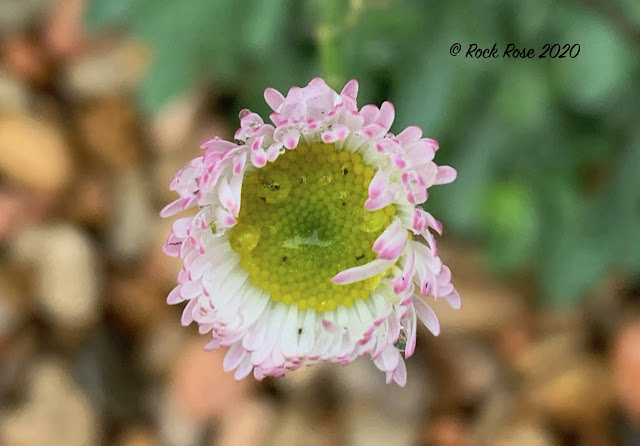 It is a short lived perennial and during the winter months will form a rosette of leaves before starting to flower all the way through the summer. I think that is what I particularly love about it. That, and the memories of field daisies from my childhood.
It is a well behaved little plant and does not make too much of a nuisance of itself, which is an added bonus. 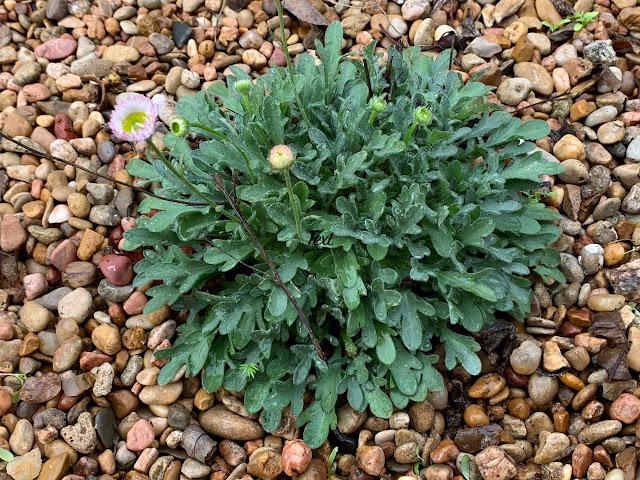 When I first started visiting gardens in England I would see a similar plant growing through cracks in walls and festooning down steps. I didn't know what it was at the time but now the name Erigeron karvinskianus seems to be on the lips of many garden designers in England and it is everywhere...between pavers, cascading over walls and down steps as well as in pots. It's common name over there is Mexican fleabane so why, I wonder have I not seen it at our nurseries. 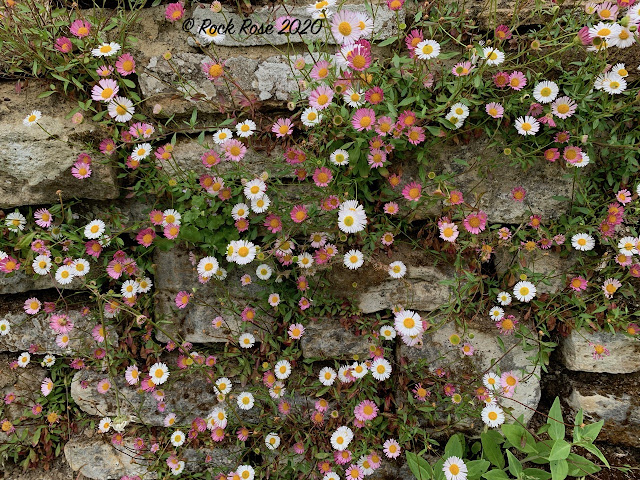 At Great Dixter this summer it was softening, as I am sure it has been for years, the Edwin Lutyens
steps. 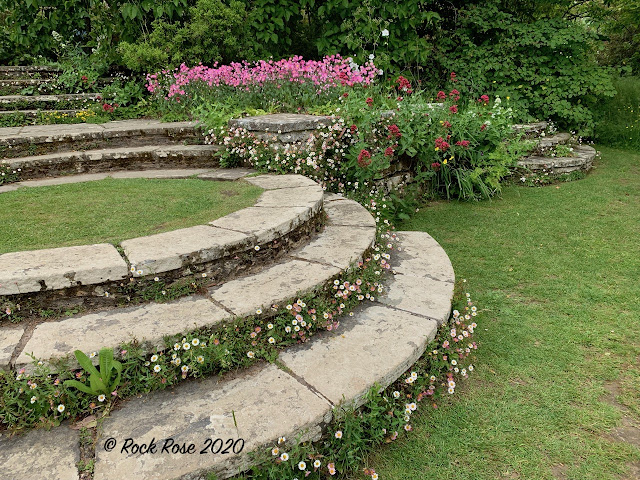 And from a slightly different angle. 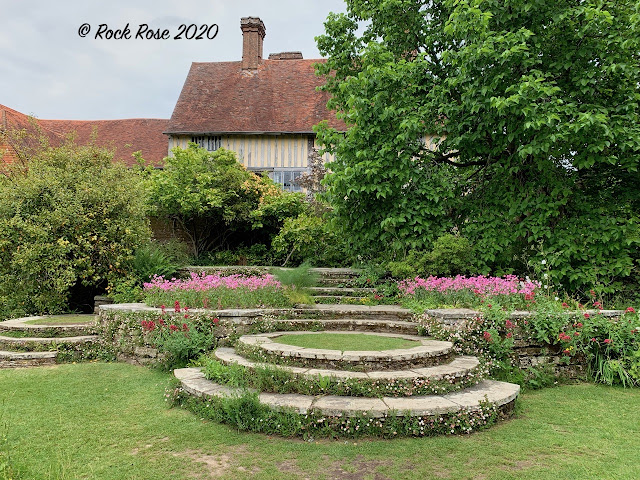 Compare this with the photograph, taken slightly to the left, of the Lloyd family taken before any planting was done. Was it Gertrude Jekyll who suggested planting it between the steps to soften their appearance? 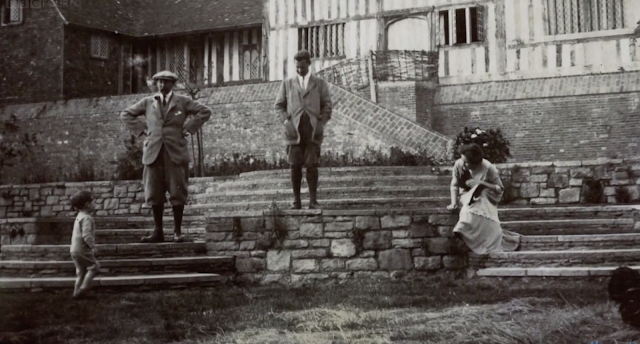 I saw it growing out of ruined castle walls in the Shetland Isles. 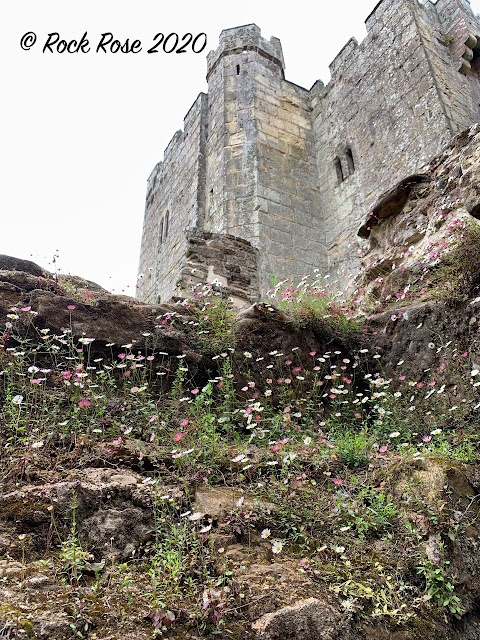 And in planters. This one in Victoria Summerley's garden at Awkward Hill, in Bibury. 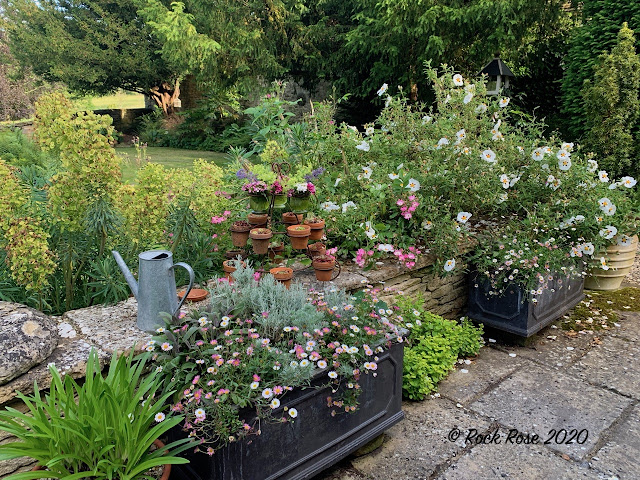 One of the things I began to wonder was, is this more invasive than our daisy fleabane? Maybe putting it in planters is the best way to contain it. 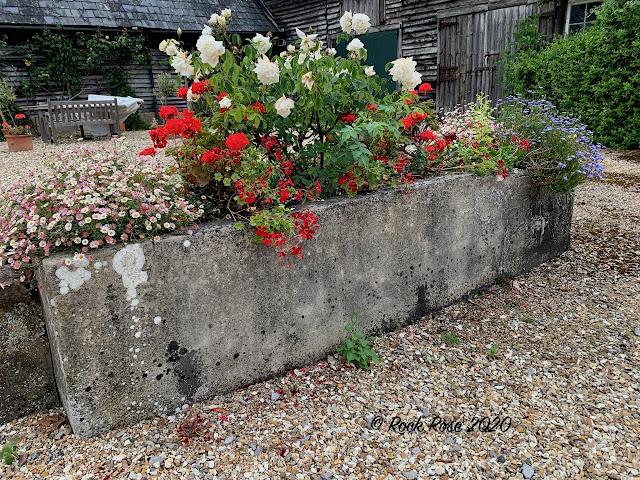 I am about to find out because I was at my local nursery the other day and what did I see but 4" pots of Erigeron karvinskianus. Of course I bought some and I dare say I will be sorry. Maybe in pots for the time being or maybe tucked between the dry stack wall that leads from the Hidden garden to the English garden. Or maybe I can see it spilling over the wall in the vegetable garden. I really should have bought more! Or will I be sorry. And the other question I have was this labeled correctly or did I just buy our regular common Texas daisy fleabane. Only time will tell.