SEED PODS IN THE HOUSE

Maybe my father was the one who started my love of having natural things in the house. And if this was so, it was this simple dried pod he brought back from Rhodesia during WW11. It fascinated me to think that it was the source of that confection I loved so much-chocolate. I remember proudly taking it in to school to show everyone. 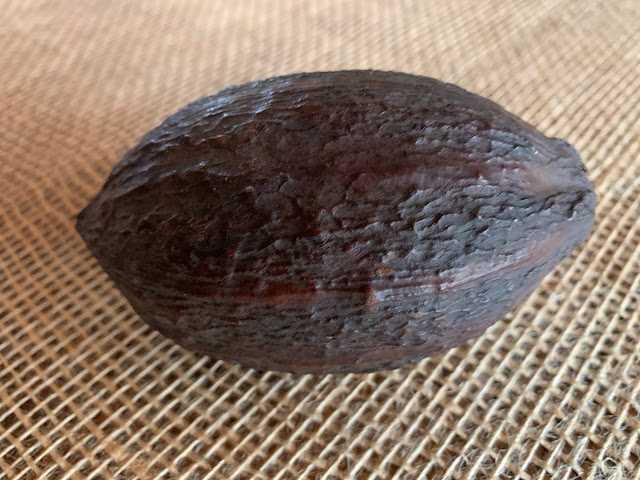 That was back in the early 50s and I am positive that at that time no-one in my school had any idea where chocolate came from or that it grew on trees.
We saw cocoa trees growing when we visited Grenada. The pods were in various stages of ripening. 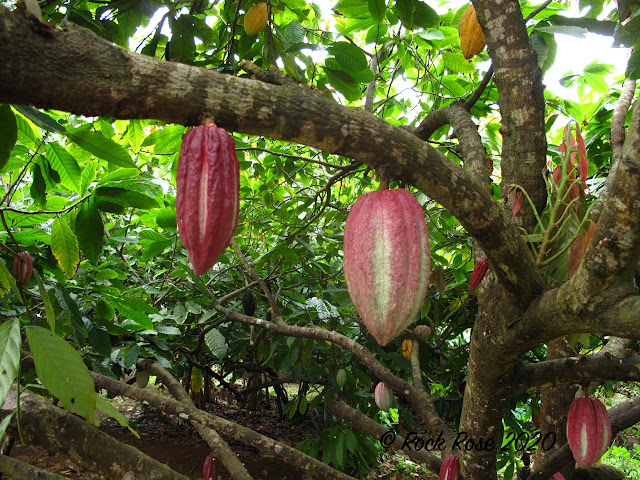 Strangely it was one of the things my parents kept when they moved from a house into a small apartment in the late 60s so clearly it held a special memory for my father. After my parents passed away I brought the cocoa pod back to Texas with me. I think it is the end of the road for his pod because it has no memories for anyone other than myself. For now it rests alongside gourds and seed pods in the dining room. 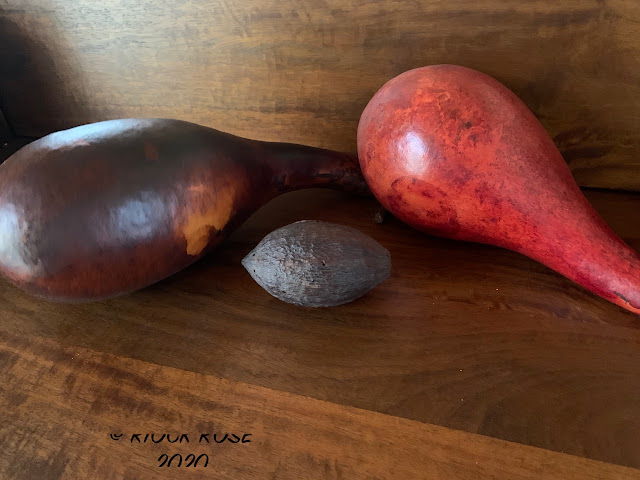 When traveling to foreign countries my eye is immediately drawn to items that have been handcrafted from natural products. Maybe this is a child's toy or used in music making. It has dried seeds inside and makes a great rattle. 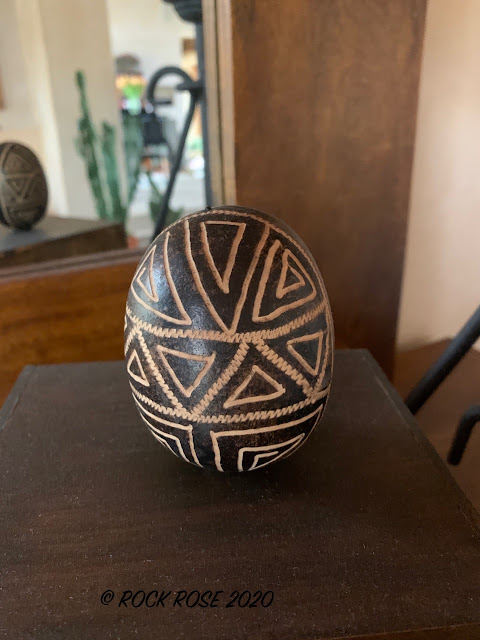 And another fun rattle I imagine might be used in a ceremonial ritual. I picked this up in the San Pedro market in Cusco, Peru. A fabulous market where everything is a feast for the eyes. This particular stall sold all kinds of weird medicines made from roots and other unlikely sources which I won't mention. 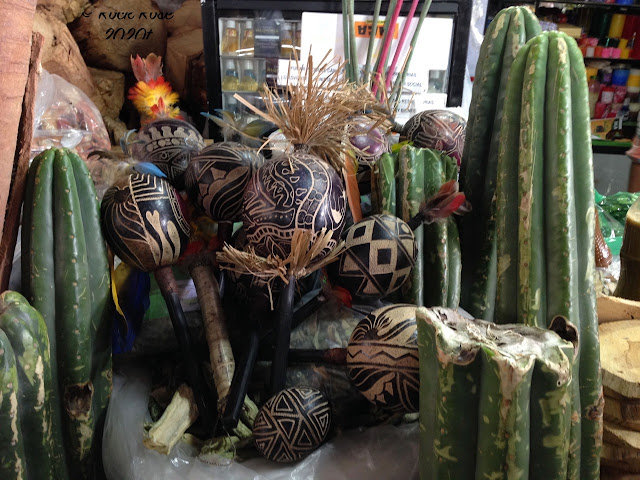 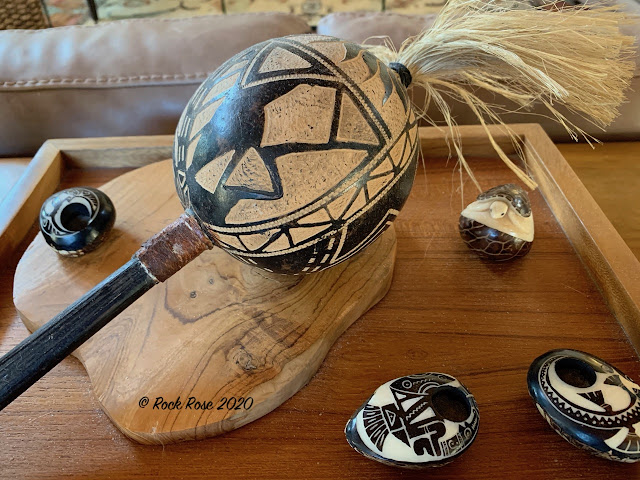 But my favorite items from travel are these beautiful carved items. The look like ivory but are actually carved from the nut of a palm tree called the Tagua which grows in South America. Also known as vegetable ivory it is very hard and before the advent of plastic was used in the manufacture of  buttons, knife handles and chess pieces. Now it is used mainly for carving decorative items like my little turtle. 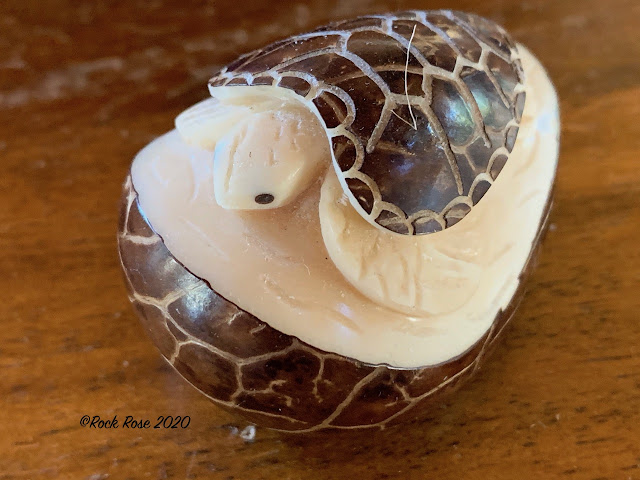 The other items are small pipes for smoking whatever, although I bought them for purely decorative purposes. 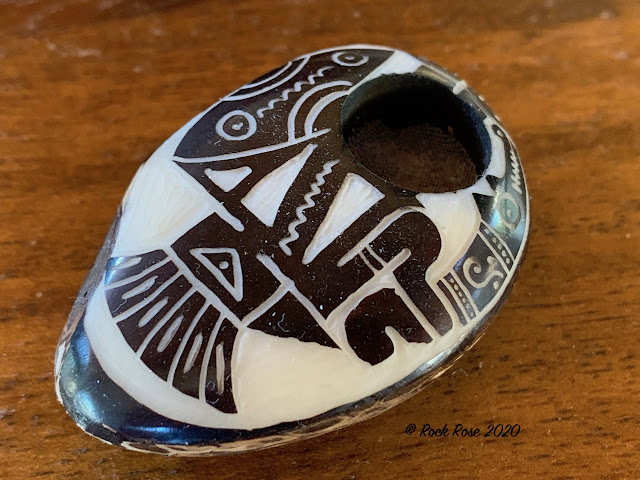 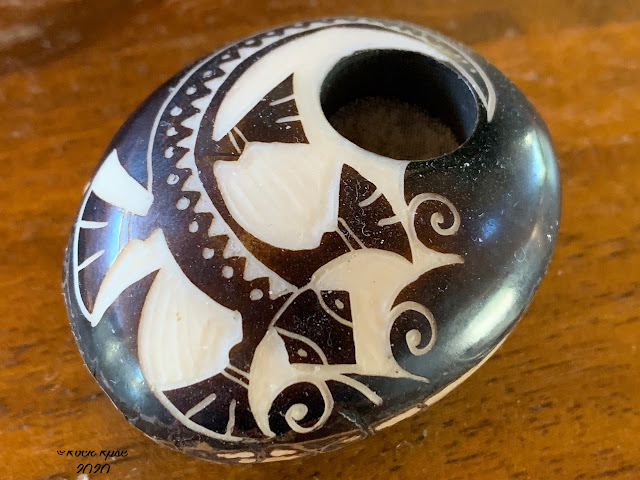 For years I have had a dried arrangement of grasses and seed heads, from my garden, in a vase. This year I decided it really had seen its best years. But I could not throw away the few pieces of honesty I had grown years ago. I must try again. This is a plant my grandmother always had in her garden and the dried seed heads in the house. And in another arrangement I have a few stems of dried pussy willow from my garden in St Louis. They are now 30 years old. Nostalgia strikes again! 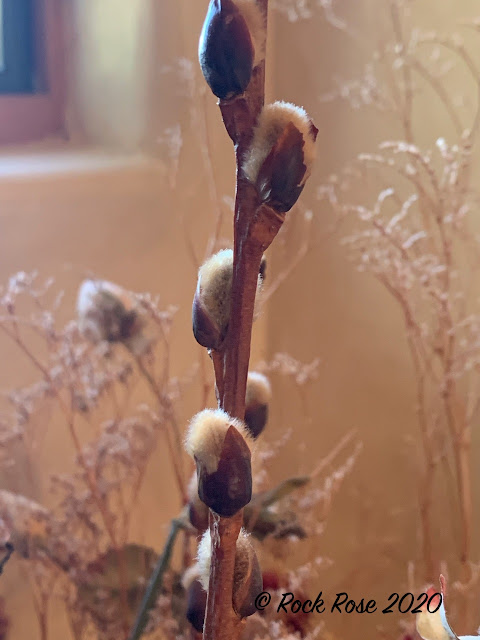 And my vases of faded statice may also be discarded soon as I have new statice plants that have just germinated.