CAN YOU SMELL FREESIAS? 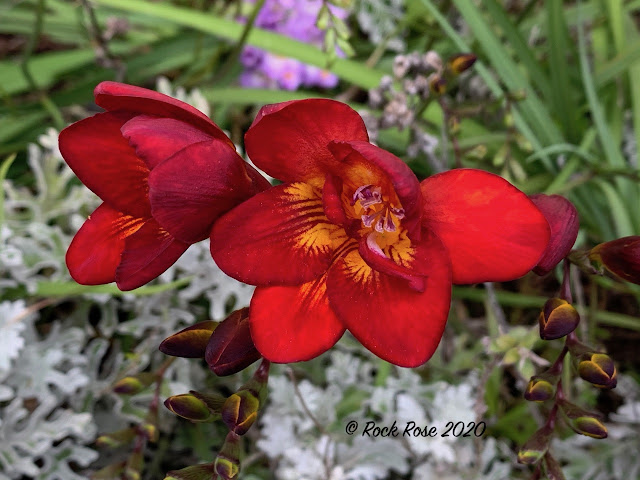 It seems I am one of the 10% and I will have content myself with the visual beauty of the freesias that are growing in my garden. I think this one is my favorite color.
I feel almost sure that I used to be able to smell freesias so the question in my mind is whether they are now breeding fragrance-free freesias, has my gene for this fragrance undergone a mutation or is it simply ageing sense of smell although that does not seem to have changed in any other respect.  I shall be on the hunt for freesias to see if I can find one whose fragrance I can detect. 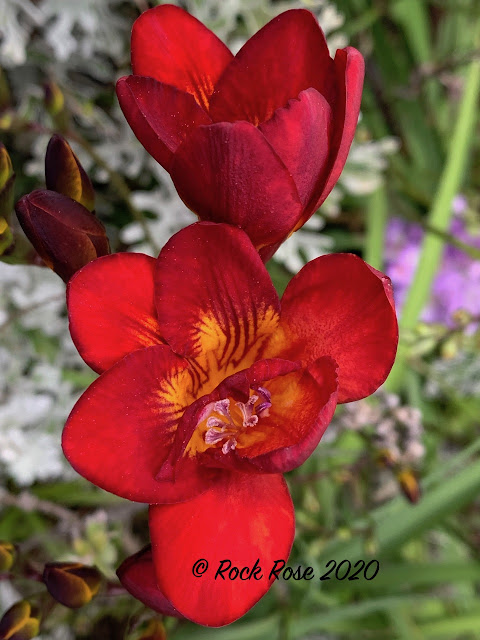 I had bought the bag of freesias two years ago, at Costco. I planted them up in pots which I kept in the greenhouse over winter. They bloomed successfully and after the foliage died down I planted the corms in the ground in the front courtyard garden. There was an empty spot in front of the Zephirine drouhin rose. Last year I had a good flowering but admit that I did protect them during a particularly cold night when temperatures dipped to 18° 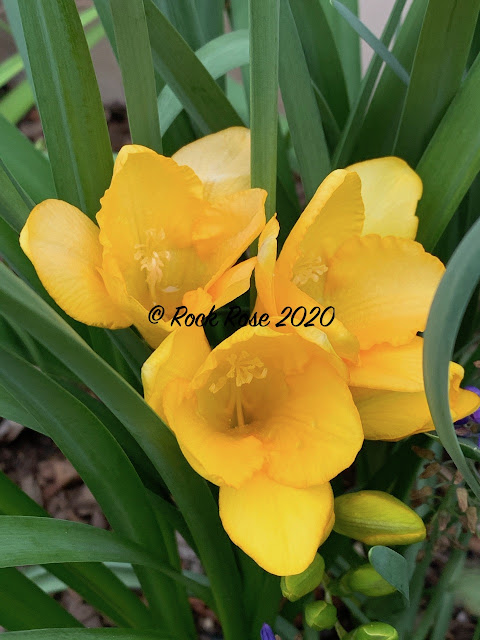 I went back to look at last years photos and the earliest one to bloom was the lavender one on February 23rd. The other followed in quick succession and were all blooming in early March. But what really amazed me were the other flowers that were blooming on this date last year. The species tulips, California poppies, Lady Banks Rose and the early iris. All of those are way behind this year even though we have had a relatively mild winter... several freezes but nothing below 28° and no protection this year. It can only be the lack of rain until the last two weeks, which is holding the rest of the garden back. I think spring will come on in a big rush over the next few weeks.

Can you smell freesias? Please let me know,